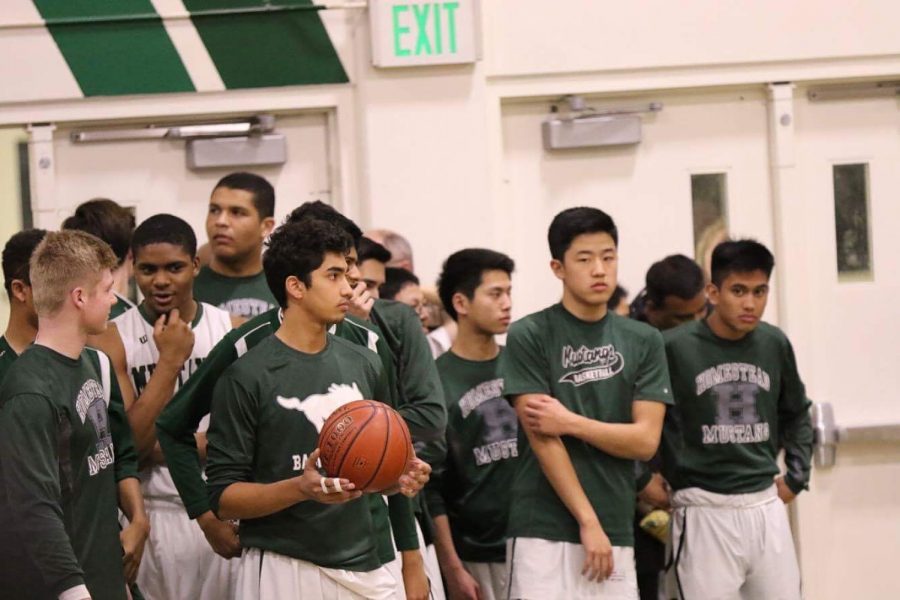 Prior to Friday’s game, junior guard Eric Sathy said he hoped to get “two or three games out of [CCS].”

Though the game had a slow start, HHS played good defense. However, they were tied with IHS at the end of the first quarter.

“During the second [quarter] we played okay… but we didn’t get enough second chance points at the rim, ” senior forward Dante Johnson said.

Despite being the bigger team, HHS still lacked second chance shots. At the end of the second quarter, IHS had gone up by two.

Halftime allowed HHS to gain back its momentum and start the third quarter strong. Both junior guard Eric Sonobe and Johnson sunk three’s during the third quarter which allowed them to keep the energy of the game on their side.

The fourth quarter was intense and both teams were making good shots. Within one minute left, IHS called a timeout in attempt at stopping the power that HHS had. At around the last five seconds of the game, IHS went for a layup and missed, but another IHS player on the backside of the rim tipped the ball into the hoop.

Despite the loss, Johnson stays positive.

“Basketball is similar to life in the way that one can either step forward into growth or step back into comfort,” Johnson said.