It’s on us to care 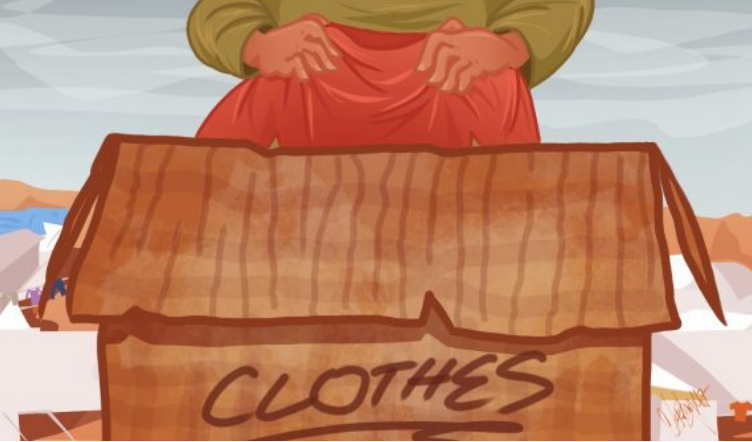 “His name is Khaled,” reads the screen as a video begins, referring to a Syrian refugee. Snickers make their way across the classroom, along with a couple of whispered jokes about DJ Khaled.

The video continues. So does some of the snickering.

The interview of a Syrian refugee who made it to the United States was shown in history classes all week as part of the Syrian Refugee Awareness Week held by the Muslim Student Association (MSA) and Red Cross Club.

The two clubs collaborated to engage students with a variety of events, from a rap in the quad about the refugee crisis, to a presentation clarifying the situation in Syria and how the average student can help, to encouraging people to contact local representatives. Santa Clara University student Huda Navaid even presented and outlined an action plan—the five “-ates”—for those who want to help: donate, educate, communicate, create and participate.

However, it’s one thing to catch the attention of those already invested in the cause. It’s another to get them to do something about it.

We shouldn’t turn our nose up at the results of Syrian Refugee Awareness Week, of course. It was a compelling event, catching the eyes of those who want to help. But after a week of overhearing idle remarks like “I wish they’d stop rubbing it in, because we sure can’t do anything about it” as the Daily Bulletin mentions the latest awareness event of the week, it’s becoming increasingly clear that those who don’t feel inclined to care aren’t the only ones getting in the way of those who do.

No, the stagnation is just as much caused by those who care, but don’t act on it.

It’s likely that no one’s getting in your face and insisting that you care about the Syrian refugee crisis, though a little respect for the refugees wouldn’t hurt. But it’s hard get people to notice something they didn’t remotely care about before. A human element can be a factor in getting someone to change their mind—in fact, it was one of the reasons for showing the interview of the Syrian refugee in history classes. Pointing out real people instead of statistics can have the powerful effect of making someone previously indifferent to the crisis empathize.

MSA and the Red Cross Club are definitely on the right track by encouraging people to contact representatives and donate, but it’s on us to get involved. Navaid said it best in her Thursday presentation: “When we talk about global conflicts, people see it as someone else’s problem.”

The saying ‘too many cooks spoil the broth’ comes to mind. Not that there is ever such thing as too many people trying to donate and help, but we’re all expecting for the other person to do it first—all the cooks wait for someone else to come add the salt, but they wait too long. The broth boils over. The crisis comes to an end for better or for worse, and we’re left musing about what could have been.

By having taken the first steps as a collaborative effort, and by turning it into an event to be recognized schoolwide, MSA and the Red Cross Club are setting an example and showing us that it is possible to do more.

The time’s come to stop sighing at the TV when news about whatever cause we’re concerned about flashes across the screen, to stop sitting on our hands and bemoaning the lack of effect we have on the problems of the world. As Syrian Refugee Awareness Week has shown us, we have more options than we think, and they’re simple: dropping off a donation, shooting off a letter to a representative, volunteering and more.

“It is hard,” Khaled repeats throughout the video in his interview. Realization flashes across the faces of some of my classmates, and probably across my own as well, at that moment, with the human element taking effect. The job that’s left to do now is taking that understanding, that empathy, and turning it into something useful to help.