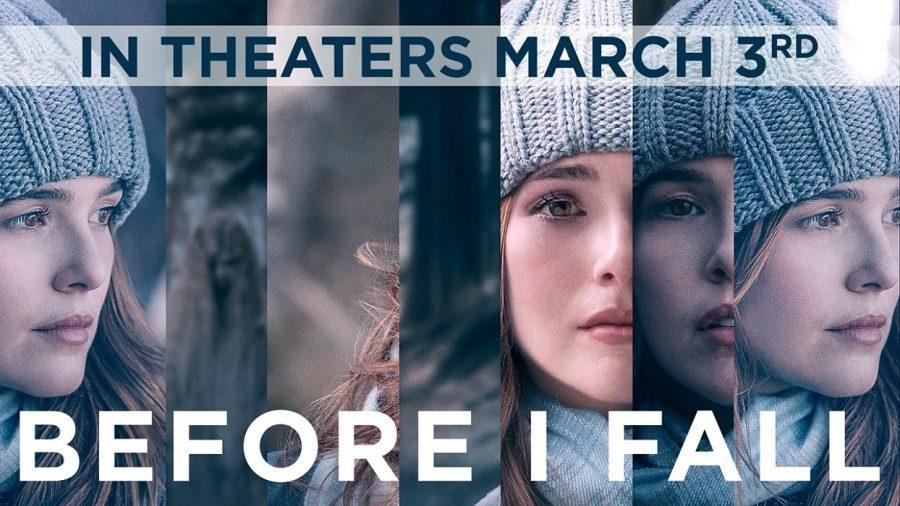 The face of a worried girl fills the big screen, and everyone is silent. The people’s heartbeats quicken as the audience grows tense. We see the face of this girl wake up to the same day over and over. Everyone waits on the edge of their seats, anxious to see what the girl will do. This was the effect that “Before I Fall” had on the audience in the theater.

“Before I Fall” is a movie about a popular high school girl who is killed in a car crash and must relive the same day seven times. The movie is adapted from the book written by Lauren Oliver, which teaches readers about change in one’s personal life and redemption.

The main character, Samantha Kingston, portrayed by Zoey Deutch, plays both a protagonist and antagonist role. In the beginning of the film, the character acts as a bully along with her friends. As the plot unfolds, Samantha realizes what impact her actions have on others as well as herself and learns to change for the better.

The story is an emotional one, as certain moments hit the viewer with a forceful impact, causing the viewer to rethink important decisions. Common clichés are shown in the film, but the way they are depicted allows the audience to think deeper about what is shown on the surface.

As morbid as the story’s concept may sound, it teaches everyone to take risks and do as much as possible with their time and the opportunities they are given. Time is precious and needs to be spent wisely. It is never known when one will lose their only chance to do something.

The concept of the movie also shares the benefits of being a good person. In the movie, Kingston displays the importance of being nice, considerate and appreciative to her family, friends and everyone around her, as she started out as the opposite.

The movie was distributed by Awesomeness Films, originating from a YouTube network called AwesomenessTV. The company chose a YouTuber from their own society, Kian Lawley, to act in the movie.

Critics compare “Before I Fall” to the film “Groundhog Day,” mostly in a negative manner due to its lack of humor. Despite these reviews, “Before I Fall” is a refreshing story that focuses on an adolescent’s viewpoint and its seriousness emphasizes the themes previously mentioned.

Having read the book, the film adaptation of “Before I Fall” was well produced. It was disappointing to see small scenes cut out, but understanding that there needs to be a time limit, the most significant scenes were included.

After seeing the movie, I thought about it for hours afterwards, reminding myself that I have the ability to change. I recommend “Before I Fall,” to all teenagers, as well as the book, for key lessons will certainly be learned and will expand the viewer’s or reader’s mind.