“CHiPs:” a crime of a movie 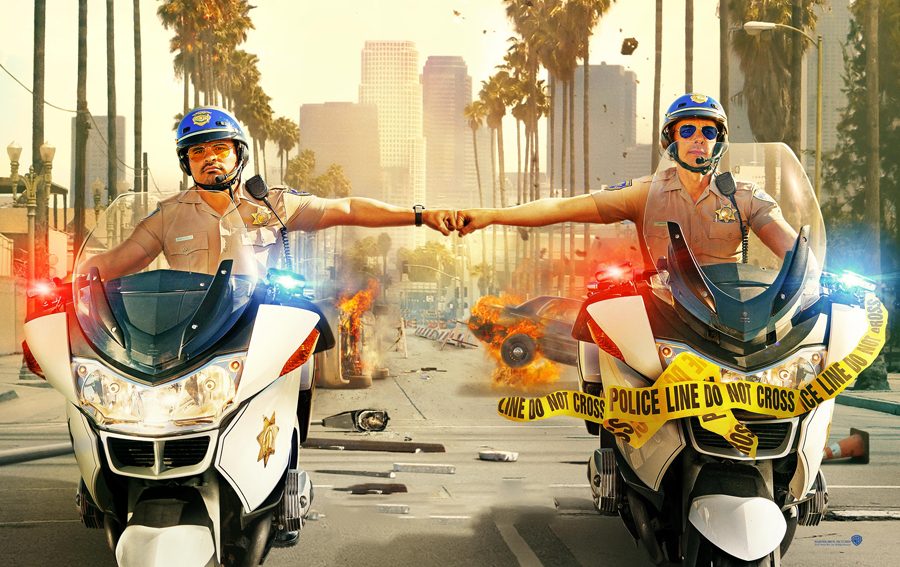 Photo courtesy of Dune.
The new action movie made $7,722,802 on opening weekend.

The police comedy, action movie Chips that came out on Mar. 24 was a modern comedy based off of an older TV show. Dax Shepard wrote, directed and starred in the movie as the main character Jon Baker. Michael Pena acted as the other main character, Frank “Ponch” Poncherello. The two characters played off of each other’s jokes, getting progressively closer throughout the movie, maybe even too close.

Ponch starts off as a high-ranking, charismatic FBI officer. He later joins Baker, a sensitive, ex-motocross champion who has troubles with his wife. Baker joins the California Highway Patrol (CHP) to rekindle the relationship with his wife as the oldest rookie. Poncho is assigned to be his partner on an undercover mission to arrest a gang of highly skilled murdering motorcyclists.  The movie goes through an intense Hollywood chase scenes to huge explosions to sexual jokes.

I enjoyed many similar movies such as 21 Jump Street, Fast and the Furious and Why Him, so I was excited to watch this movie.  Yet I thought this movie was not quite as enjoyable as these other movies.  The movie only appeals to a certain type of audience and is over-the-top with big action scenes and obscene jokes.  It is extremely funny, but it is not everyone’s type of humor.  I did not love the plot, but I did laugh a lot.

I thought the two main characters were likable and found myself rooting for them to survive and cringing when they were in imminent danger.  I would recommend seeing this if you enjoy movies with lots of action and comedy.  But with that said, this is not your deep Grammy-winning movie. It would make for a fun time with your friends, but that’s about it. 2.5/5