‘Ghost in the Shell:’ a hollow adaptation 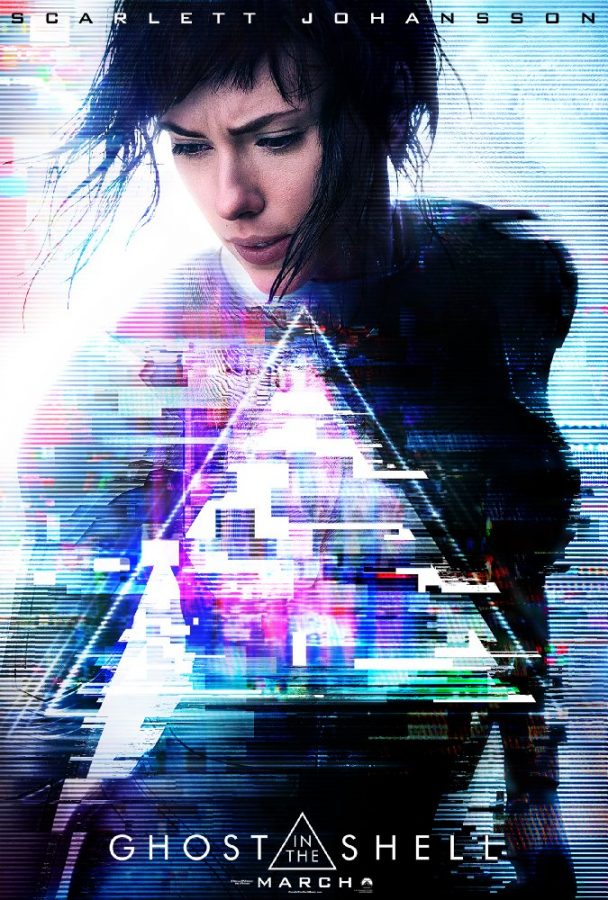 Imagine a flick with the technological flair of The Matrix and a story as numbingly mind-bending as Inception. This is not that movie. Photo courtesy of Paramount Pictures.

I never particularly liked the original Ghost in the Shell – the 1995 anime movie directed by Mamoru Oshii. It didn’t immediately blow my mind. Maybe I’ve been spoiled by 21st century visuals. It could have been the dense political intrigue, or the (literally) drawn-out shots of random city scenery. But I will admit that 1995’s Ghost in the Shell – packed with philosophy, intricacy and unrelenting ambition – wholly deserves multiple viewings, like any good work of fiction. This year’s Ghost in the Shell? It doesn’t deserve even one.

It didn’t start out too poorly. Ghost in the Shell (2017) begins with the building of a body, like the original, beautifully adapting the famous sequence of a cyborg woman’s construction, wholly machine save for the brain.

In fact, the movie establishes an astonishingly detailed city and world. Buildings stack high into the atmosphere; miscellaneous citizens work industriously and convincingly; and holograms run amok with commercial abandon. The soundtrack, your typical cyberpunk-themed techno beat, pumps with urgency and intensity. But the illusion breaks in every dialogue line and every confusing plot choice. 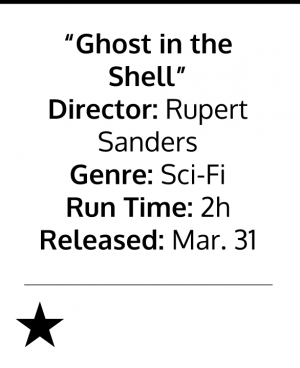 The original Ghost in the Shell’s premise was simple and intriguing: the Major, a female cyborg super-soldier in a world ruled by technology, works with the clandestine agency Section 9 in pursuit of a devastating hacker, known only as the Puppet Master.

Unfortunately, the live action version begins faltering as soon as it strays from the source material. Intended surprises reveal themselves prematurely, enemies fall back on cliche motivations and exposition lacks the relevance or authenticity that the original utilized to bait out viewers’ curiosity. The film unnecessarily reigns in itself. It seems as though the producers decided to fall back on “safe” plotlines played out typically by Marvel or action B-movies, instead of relying on the original’s groundbreaking narrative.

Rather than a grim killing machine, an empowered woman, an occasionally sympathetic friend, Johansson plays your average cop-movie cop, complete with poorly justified disobedience, bland visits to the coroner and stiff, unintimidating interrogations. The Major becomes weak. She loses her physical superiority and commanding air, which instead are replaced with overdone character weaknesses played out by every Hollywood  super-soldier spy hero. The outrage against the casting of a white woman to play an originally Japanese character could possibly have been quelled by a convincing performance, but Johansson becomes the kind of machine that could substitute when Siri wants to call in sick.

Regardless of quality or interest-arousement, every scene in the original 1995 anime stands with remarkable distinction. Each fight, conversation and thematic element is memorable in and of itself – the garbage men, the boat, the initial leap. But the modern Ghost in the Shell, even with its homages and easter eggs, is every bit as forgettable as the Major’s hackneyed amnesia. It also lacks the contemplative philosophy of Oshii’s classic, instead sufficing itself with several repeated “revelations.”

The new Ghost in the Shell finds itself on the long list of failed live-action adaptations, alongside Dragon Ball: Evolution and The Last Airbender. Beyond sensory distractions, the movie lacks any soul (or “ghost,” as it is called). Fans of the original can continue waiting for a true and loyal redesign, while newcomers should stick to the animated cult classic – not a definite eye-opener, but undoubtedly better.