‘Strange the Dreamer’ is strangely mesmerizing

Vivid imagery is one of the highlights of the new novel 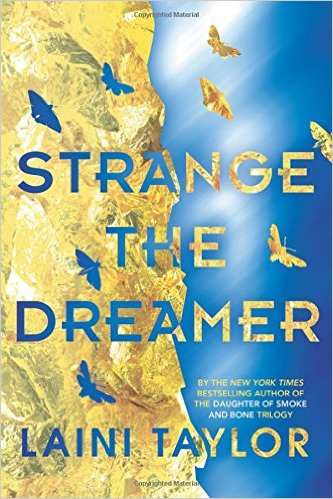 Purple prose — the practice of adding unnecessarily elaborate, embellished, superfluous, intricate and detailed descriptions into one’s writing — is generally looked down upon. But author Laini Taylor makes the seemingly unnecessary beautifully necessary in her novel “Strange the Dreamer.”

“Strange the Dreamer” follows Lazlo Strange’s chase after a city that was once a hub of activity and magic. After its name is erased from the minds of everyone and all that is left is a placeholder — ‘Weep’ — Lazlo grows obsessed with the city and its secrets, until he’s finally offered a chance to visit and reclaim it from the shadow haunting it.

If I could only use one word to describe Taylor’s characters, it would be compelling. Taylor imbues the people she writes with the same sense of magic and wonder present in Weep itself. Lazlo, for instance, is almost unreasonably pure of heart: he helps people who’ve mistreated him because he feels sorry for them, and he greets those accused of Weep’s troubles with kindness, not hatred. Somehow, it fits within the sweeping loftiness of the novel, perhaps because Lazlo is just as flawed as he is good, and so readers grow to admire Lazlo, not roll their eyes at his righteousness. 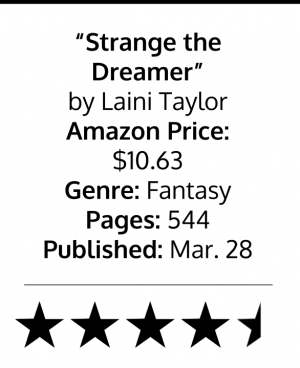 It’s not just Lazlo alone. Every character is fleshed out so thoroughly, with even their names hinting something of their personalities, that they seem larger than life. In fact, everything in “Strange the Dreamer” is put on a grander scale, from the enormous cities depicted in the story to every little emotion the characters feel.

This is in part thanks to the incredible detail packed into the pages. Rich descriptions of a character’s thoughts and  actions only make them seem more alive, and Taylor manages to avoid (albeit narrowly) having it get wearying. It’s probably why the book is 450 pages long, but when internal dialogue beautifully crescendos over and over again, I can overlook that. Sure, some occasional dissonant notes pop up when an action scene is interrupted by methodical description, or when almost 100 pages are spent within a character’s dream, but the beauty of the writing as a whole would suffer without it.

With a spellbinding plot (the mystery of what happened to Weep, along with a dash of star-crossed lovers adding to the drama), a varied and engaging ensemble of characters and, of course, dazzlingly vivid writing, “Strange the Dreamer” is definitely a novel for lovers of fantasy who want to completely lose themselves in the stories they read.