The Impatient Patient: One in five teens affected, but what are resources provided? 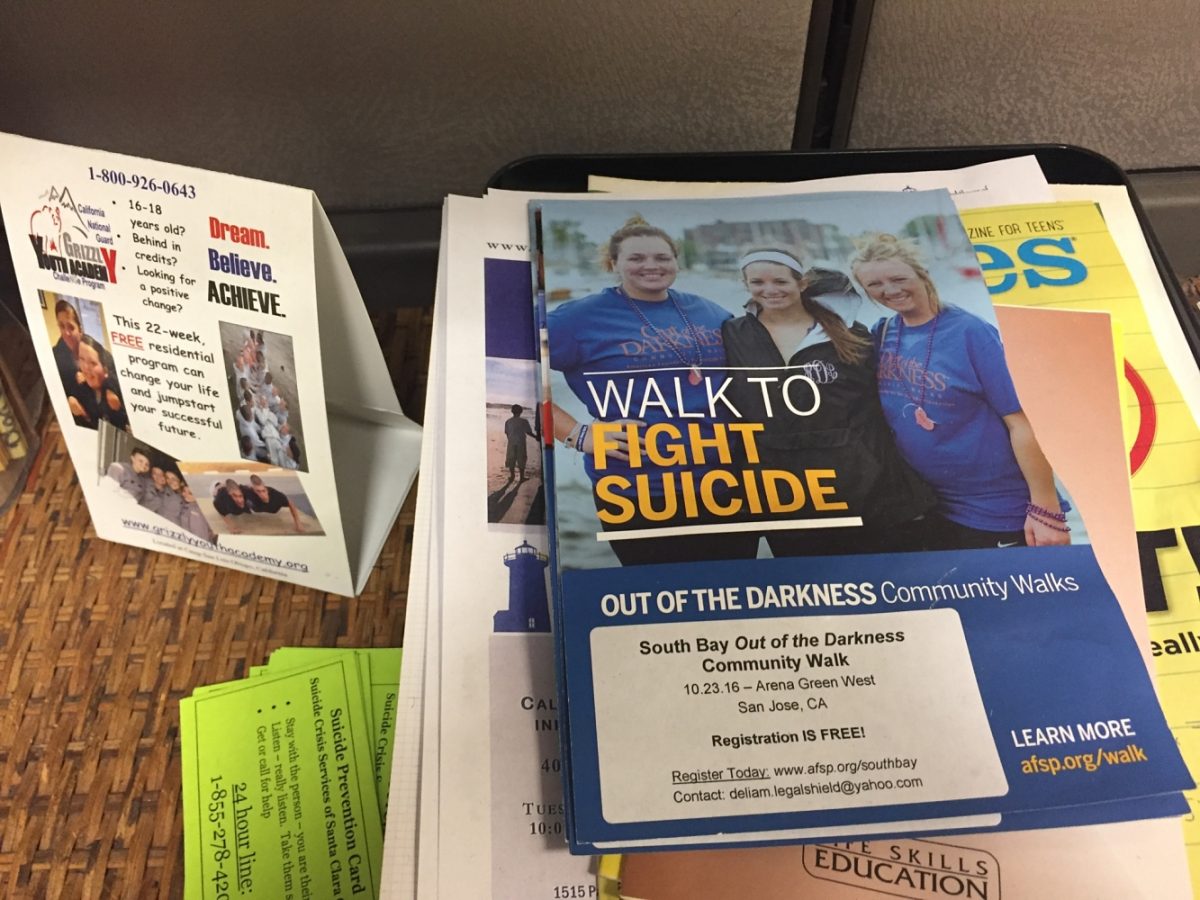 HHS prides itself on being a diverse campus, and rightfully so, with numerous clubs catering to every interest, ethnicity and more. Just as many institutions do across the country, however,  but there is one group that HHS fails to recognize, – the one in five kids across America who experience symptoms of a mental health disorder.

The current resources at HHS for students struggling with their mental health include a student advocate and numerous teachers who are trained psychologists. In addition, there is a table set up in the HHS office with brochures and infographics specifically concerning mental well-being.

In conjunction with the resources at HHS, a new suicide prevention bill has been implemented as of this year, hoping to combat this issue. Assembly Bill 2246 will soon be implemented in the HHS campus, as well as middle and high school campuses across California.

According to in the California Legislative Information website, Assembly Bill 2246 calls for schools to tailor specific suicide prevention policies and guidance from mental health professionals to train educators in identifying high-risk individuals and in turn, intervening. The bill uses a national survey conducted by the Jason Foundation, which found that educators were the first people students with a possibly suicidal friend seeked advice from. The Jason Foundation is an organization that supplies curriculum material to schools, with the intent that it is through raising awareness and the spread of information that the “silent epidemic” of youth suicides can be prevented.

This is a bill I believe can induce genuine change – it is definitely a step in the right direction. It addresses a large epidemic across America of youths struggling with mental health disorders, in addition to focusing the needs of LGBTQ+ youth who are five times more likely to attempt suicide according to the Trevor Project. The Trevor Project is a non-profit committed to suicide prevention in LGBTQ+ youth.

Schools now have the opportunity to be the common denominator regarding suicide prevention, a task that simply cannot be accomplished with informed educators alone. Psychologists refer to mental illness as the “silent killer;” it is pertinent to note that there may never be a foolproof way of recognizing students struggling with a mental health disorder. Furthermore, 40 percent of students affected do not seek help, according to the National Alliance on Mental Illness. Even with bountiful resources, there is a gap between struggling students and the educators who seek to assist them.

That being said, I do not wish to undermine the current resources at HHS nor do I intend to detract from the potential of Assembly Bill 2246  – individually, these resources are wonderous. As a whole, however, the initiatives fall short.

The question remains: how can students seek the resources they desperately need when the stigma regarding individuals with mental illnesses is rampant, dismissed and disrespectful? When certain mental illnesses are ostracized because they make an individual “weak” and others “violent” or “psycho.” When people fear that their peers will not look at them the same, and that they are ”crazy.”

“Crazy” for having feelings that affect 42.5 million people living in the United States alone. “Crazy,” a word spat out with venom and malice, isolating a struggling individual even more.

Furthermore, let’s not forget about the preexisting notion that mental illness is not a valid medical condition, and can be cured easily with ice cream and and a little time frolicking in the sun. Adding on to the mountain of stigma is the recurring trope in television shows and daily life that an adolescent is simply having “mood swings” and their rebellious behavior is due to “teenage hormones.” How can a student going through such immense changes know if what they are feeling is valid, and that they are going through something much larger than the motions of teenagehood when there is a cornucopia of misinformation pertaining to mental health?

Mental health education also allows those unaffected to better understand their peers – as well as the 42.5 million people in the United States struggling with a mental illness – to understand their plights and not make secondhand judgements. Moreover, its impact  can reduce stigma, and let a student know, “Yes, what I am experiencing is valid, there are resources available to me in which I can use, and I can get better.”

The brochures at the HHS office are packets of infinite factual wisdom that I believe, contain information that can genuinely help a struggling student. But, more can be done to repress the stigma that makes mental illness such a taboo topic. Mental health education should not be confined to the halls of the office, but burst into classrooms everywhere.

Around 50 percent of high school students with an underlying mental illness drop out  – education can reduce these numbers and prevent these students from halting their education. The spread of information from mental health education can be the bridge to reducing the shocking statistics we hear about, to reducing the deaths and the “too little too lates”.

I am confident that HHS can do this because inclusion has always been a setting stone of its culture. We as students carry a lot of weight on our backs – literally and figuratively –  with the weight of every decision we make and how it will translate to the amount of money we make or the careers we will one day have. It is a lot to rationalize for freshmen on the cusp of adulthood and for seniors thrown into a limbo between carefree school days and problematic adult ways.

This is why I strongly urge anyone struggling with a mental illness, or concerned with their emotional health to reach out. Schools are tasked with the arduous job of turning bright, young minds into productive members of society. But how can this be accomplished if the “bright, young minds” are plagued with thoughts of self-doubt and even suicide?  Mental health education serves all.