The Hart of the Matter: Gender disparity in ADHD diagnosis and treatment 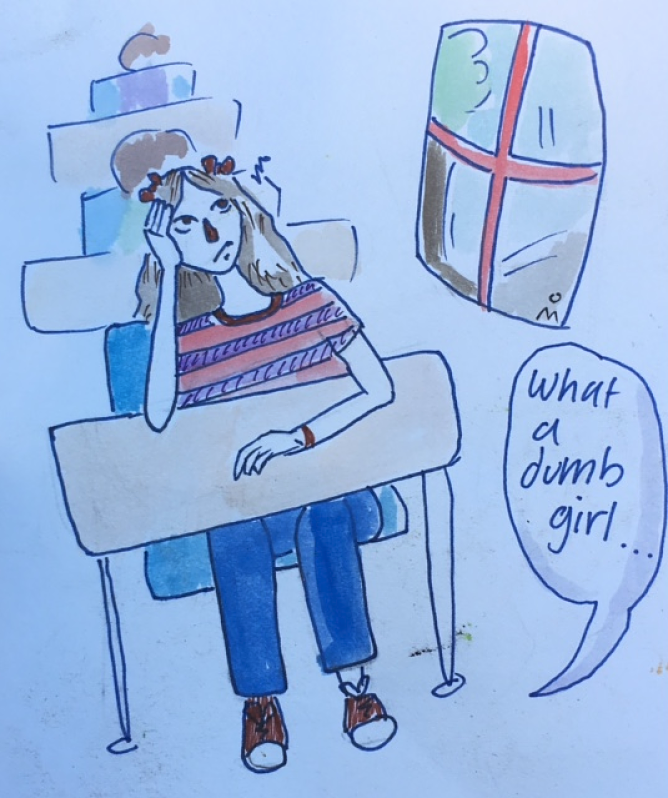 About 6 million children in America are diagnosed with ADHD, according the Center of Disease Control in 2015. Yet as diagnoses, awareness and research grow, an entire group of affected individuals is neglected — girls.

Boys are almost three times more likely to be diagnosed with ADHD than girls, according to the Journal of the American Academy of Child and Adolescent Psychiatry. This isn’t because three times as many boys have ADHD than girls; it is an issue of male-dominated research and stereotyping affecting a diagnosis.

Girls and boys present symptoms of ADHD in different ways. Boys tend to act within the stereotype of how a child with ADHD functions; they are very hyperactive, impulsive, lacking focus and show those issues with physical signs such as restless movement. Girls typically have more accentuated symptoms regarding the attention-deficit part of the disorder, seeming withdrawn and inattentive, according to the American Psychological Association (APA). When girls do show hyperactivity, it is not usually a physical manifestation, but instead verbal.

These differences in behavioral tendencies can play a part in creating the gap in diagnoses because the typical behavior of a boy with ADHD ties into the more publicized idea of ADHD is, a fault that comes from the fact that majority of research regarding ADHD is focused on males. In studies that do include females, girls are compared to boys, with male data acting as a baseline, according to the APA.

In addition, gender stereotypes heighten the barriers keeping girls from proper recognition of their ADHD. The way girls tend to present symptoms are simply dismissed as traits of being female. When a girl cannot hold focus and is inattentive, she is seen as spacey and unintelligent. When a girl has verbal hyperactivity, she is merely a chatterbox. These stereotypes of girls being talkative airheads furthers the gender disparity found in the amount of diagnosed children.

The lack of diagnoses for girls is a significant issue because without a diagnosis, a child cannot get help. When ADHD is left untreated in a girl, she is at a higher risk for anxiety, depression, chronic low-self esteem, teen pregnancy, early drug use and underachievement in school, according to the APA. As an adult, lack of treatment can lead to substance abuse, unemployment, eating disorders and severe stress.

Currently, more research focusing on girls with ADHD is being generated as awareness to the issue increases. With more inclusive research and less stereotyping of young women, more females will be able to receive diagnoses for ADHD instead of being dismissed, as society so often does to women and girls.