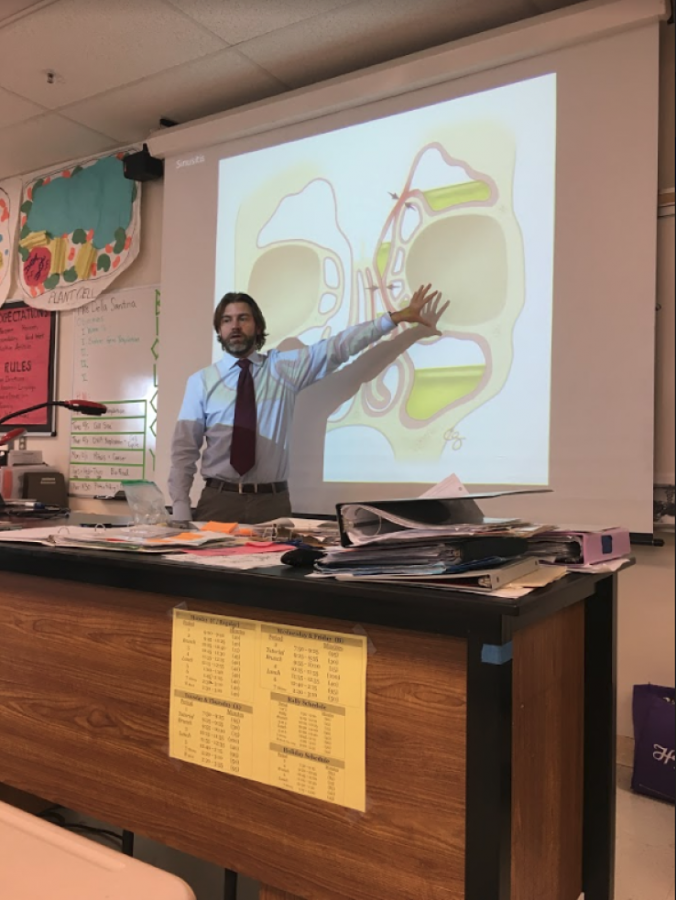 Future Physicians of America (FPA) hosted guest speaker Dr. Douglas Sidell on Dec. 8, in their last meeting of the first semester. Sidell gave advice to students who were interested in pursuing a medical career, and shared his personal journey from medical school student to director and assistant professor at Stanford. Sidell said he sub specializes in otolaryngology, an area of study focusing on ear and throat diseases.

“I trained in UCLA,” Sidell said. “Ultimately I did two extra years of airway reconstruction, so my sub sub specialty is tracheal and bronchial reconstruction for the lungs and trachea, only in kids.”

Sidell went through four years of medical school before choosing to practice otolaryngology, and emphasized the importance of having passion for a career in medicine, he said.

“I realized that [otolaryngologic] disease processes are what I’m passionate about treating,”Sidell said. “You have to be passionate about going [to medical school], to really want to treat people.”

Sidell further explained why passion was a necessity by giving examples of what medical students face in their path to becoming a surgeon.

“There’s times I would stay in the hospital for six days without stopping and going home, and to do that, you’ve got to love what you’re doing,”Sidell said. “And so you try and find those disease processes that you’re passionate about treating, that you really want to actually find a cure for or make a difference over a course of 20 or 30 years. And … for me, that was otolaryngology. It’s different for everyone.”

Sidell told students to value their time in high school and encouraged them to pursue careers of their own liking.

“This is a very competitive part of the world … live life, figure out what you like and don’t like,” Sidell said. “Don’t be forced into anything in your mind because maybe you’re getting told [what to do], the majority of your life, you’re not. You’re going to have to make decisions for yourself … And if [medicine] is not for you, don’t worry about that. Find what you like.”

Activities directors senior Arjun Bhaduri and junior Neya More spoke about why they decided to ask Dr. Sidell to speak to FPA.

“Well, I met him over the summer,” Bhaduri said, “and I thought that he had an interesting story of how he decided to be a doctor … which was something that would be good to share with the members.”

FPA is a club that encompasses all medicine practice, and More elaborated on the benefits of having a doctor speak to members about a specific practice.

“Having these guest speakers from a bunch of different background would give people exposure as to what they want to expect or if they even want to go into medical school at all,” More said.