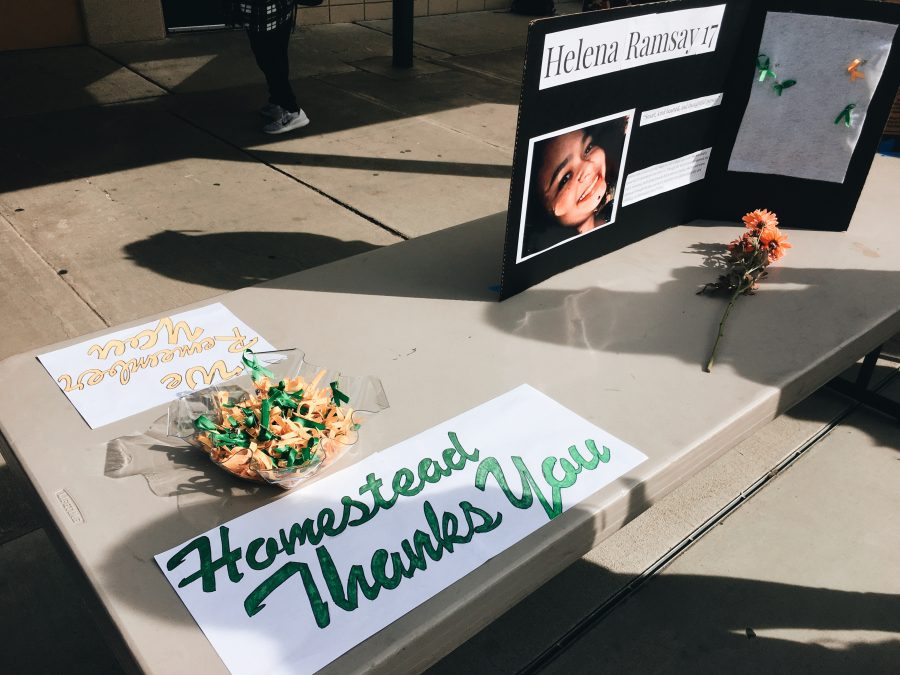 “We just hoped that people would be able to see the memorial and be able to understand who these people were, keep their memory going, and not let them be forgotten souls,” Koo said.

Friday, March 9 was dedicated to commemorate the 17 fallen victims of the Marjory Stoneman Douglas High School shooting, according to an email sent through School Loop.

“The subject of the National School Walkout day came up. We wanted to do something that would commemorate the victims and show our support for the families without showing any preference toward the political issue of the gun control,” Vice President of the HHS Class of 2019 Trinity Gao said. “We felt that if we had it on [National School Walkout day], it would send a message of some sort and we didn’t want to be biased towards any side.”

A memorial gallery honoring the victims who lost their lives on February 14 was displayed in the Quad during brunch and lunch.

A poster board featuring their picture, a short paragraph describing them and an area where people could attach ribbons was dedicated to each victim. Four different colors of ribbons were offered, each color representing a different message, Gao said.

“These are people that need to be remembered, especially in such a tragic event that happened in a school, which is an environment in which students feel safe. These are people just like us. If we can learn their story, then we can better our own school safety,” junior HOP Commissioner Brenden Koo said.

Students were encouraged to retrieve a school safety flyer from their literature classes on Thursday and Friday, according to an email sent through School Loop.

The handout discusses safety procedures students should adhere to in the event of a shooting. It also provides a list of resources to reach out to, including politicians such as Sen. Dianne Feinstein, Sen. Kamala Harris, Rep. Ro Khanna and Rep. Anna Eshoo, and their contact information.

Additionally, the Homestead Student Government and Administration urges students to fill out the school safety survey in order to provide feedback on HHS’ emergency procedures and overall school safety, according to the email sent through School Loop.

Specifically, it asks students to if they feel prepared for an active shooter on campus or community, fire on campus, earthquake and an active bomb or terrorist on campus, according to the school safety survey. There is also a section where students can voice their own suggestions with respect to improvement, efficiency, and awareness about school safety protocol.

“Homestead is a community. Even when such a bad thing happens, we still come together,” Gao said.