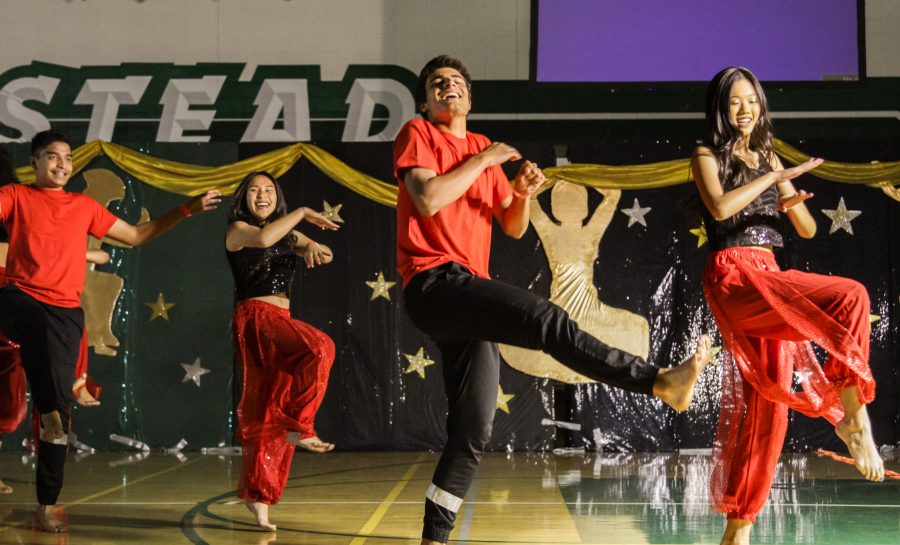 Sapnay gives Indopak a chance to provide money for charities and spread awareness of Indian and Pakistani culture through dance. Photo courtesy of Nikhil Kulkarni.

Indopak is an Indian-Pakistani dance club at HHS. They host many dance events throughout the year and participate in competitions and showcases in the Bay Area.

Every year,  Indopak hosts a dance showcase called Sapnay. On top of the six dance teams from Indopak, nearby schools can also participate in the annual showcase.

This year, Sapnay will be held on May 19 in the large gym, and the proceeds from the show will be donated to the charity Akshaya Patra.

“What we aim to do is raise money to provide money for charities and spread cultural awareness of Indian-Pakistani dance through the performances,” co-president Nikhil Kulkarni said.

This year is Indopak’s 18th year of Sapnay. The night starts with Indopak introducing themselves and the officers describing their club, Kulkarni said. This year, a representative from Akshaya Patra will speak about the charity itself after officer introductions. From there, MC’s will take over the show and introduce each performance from their respective schools.

The process of preparing for Sapnay starts with live auditions from local high schools that want to participate in this event. Indopak then chooses performers from other schools based on auditions. The schools for this year’s Sapnay are still to be decided, though six teams from HHS are definitely participating, Kulkarni said.

Indopak has 12 teams in the club that all dance a different type of Indian-Pakistani dance. The six that will be participating will be Windian, the senior dance group, Bhangra, a high intensity dance team, Film, whch is comprised of Bollywood dance, Raas, a dance involving dandiya sticks, classical dance and a teacher’s dance.

“We’ve also managed to plan out lights and projectors and sounds … especially with budgeting, [we’re] making sure we have enough money to provide for the next year as well as provide a sizeable donation for charity,” Kulkarni said.

Kulkarni said the show will raise money by raffling off several gift baskets worth up to $50. They also plan to sell samosas during intermission.