Football springs back into season 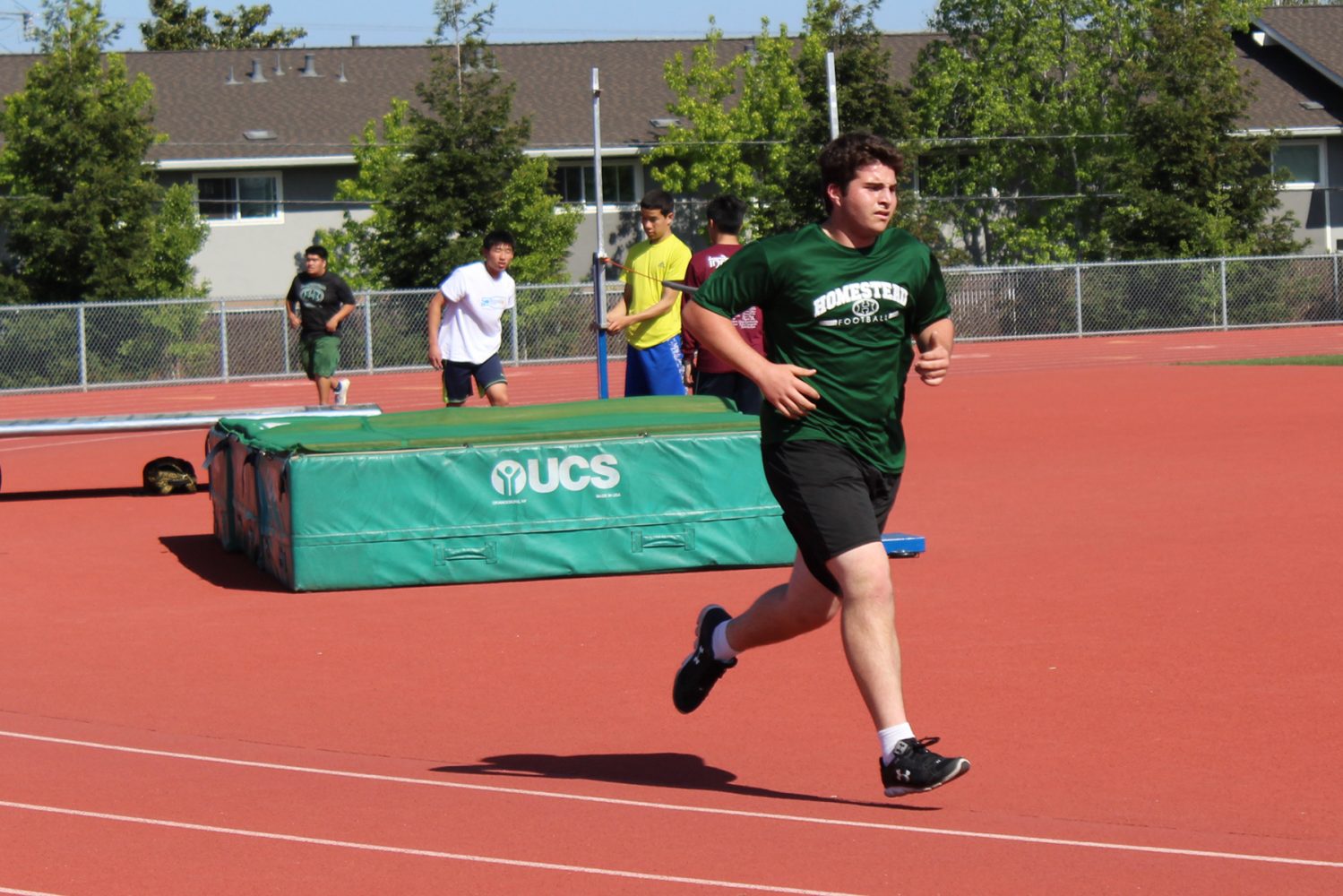 Players condition by running a mile during the practice.

Although football fans may reluctantly put away their banners and green face paint at the end of the fall season, the game is not over for many players.

This spring offseason, for instance, the team maintains a rigorous practice schedule, training Monday to Thursday for two hours each day.

Victory is the most important motivation for many on the team, such as junior Jarrett (“J-Money”)  Conkin and freshman Guy Haiby. Other players, such as junior Hector Sotelo Quiroz, described hopes of building a strong defense.

“It shows in the season, the amount of work you put in in the off season, even if it’s hard,” Haiby said. “You just got to think about, if you put in work now, it’s going to show as result in the field during the season.”

“That would the first time that me as the head coach had done it in the De Anza league … and I think that’s what our program is been about,” Lewis said.

However, the team also focuses on personal growth.

“Everybody’s got stronger with what they’re doing right now, compared to when they were freshmen. They’ve never seen what they’ve done and sometime they surprised their own selves,” Lewis said.

“It’s about winning and really being a team, a football team … like it’s fun to come and just hang out with the team, but like we keep the season in mind a lot of the time” D’Amour said. “We want to do good during the season and it takes a certain amount of hard work.”