The Ripple Effect: Culture is not a one-way street 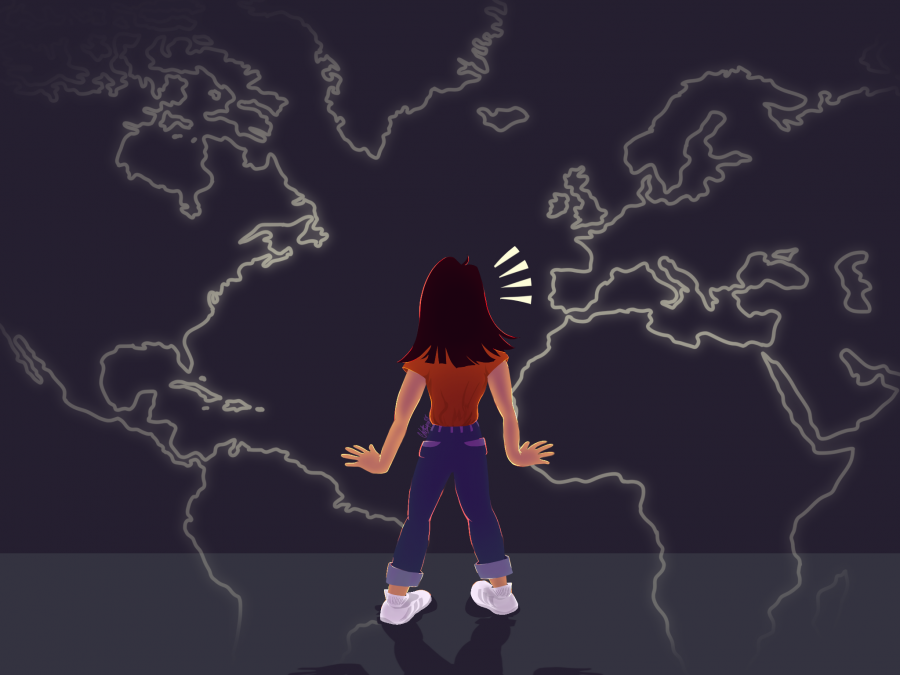 Cultural conflict can arise from a variety of factors, but is especially visible in immigrants and their children. Illustration by Aishwarya Jayadeep.

f you’ve ever found yourself smiling vacantly at relatives during family reunions because they’re speaking too fast for you, despite the fact that they’re also speaking in a language you’ve technically known since birth, then congratulations! Cultural assimilation, or integration into a culture you weren’t born into,  may have gotten the best of you.

The cultural conflict can arise from a variety of factors, but is especially visible in immigrants and their children. While parents may be able to hang onto their traditions with a tight hold, kids who grow up submerged in a different culture can often feel as though there’s an invisible barrier separating them from family.

And while at the start of this year, I wrote a column titled “Refugees are not the death of your culture,” the converse question remains: Is assimilation the death of a non-dominant culture?

The commonly-held hypothesis is that yes, it is — use it or lose it. After all, when overwhelmed by a nation’s dominant culture, it can be difficult to keep one’s own customs and beliefs propped up, like a twig threatening to snap free in a tornado. Factors such as language ability are among the first to wear away, as according to the BBC, how much you fumble with your first language increases “the more immersed you are in a second language.”

Moreover, the casting aside of an identity to fit in has been key to the minority survival kit for centuries, although certainly not always done willingly. Native American children were sent to boarding schools that promised to “kill the Indian, save the man,” according to History.com, stripping away their language and cultural identity in order to make them less threateningly different to white Americans of the era.

Even today, not assimilating totally is dangerous for minority groups: just take a look at the recent news out of Montana that two American citizens were detained by Border Patrol because the fact that they spoke in Spanish seemed suspicious.

In the face of all this, how do you win your identity back?

The example of uncomfortable smiling and nodding I gave in the first paragraph was no hypothetical — it was personal experience. Every two years, I visit the country where I was born and hang out with the grandparents I spent my formative years with. Between my time frolicking on beaches and roundly enjoying all the Indian food, I realize that I don’t remotely feel like I belong.

(For one thing, my enunciation is shot because of Bay Area pronunciation, and entirely too peppered with the word “hella.”)

Yet as much as assimilation is a defense mechanism, it’s just as much a participation mechanism. If participation can happen in two cultures, then there’s no reason they can’t coexist. Immersion in one culture does not automatically shut the door to the others — perhaps it narrows the doorway or adds an obstacle course in the path, but by no means does it set up a barricade.

And, for all its faults, there’s nowhere where this cultural interchange is more obvious than here where I live, in the Silicon Valley. I’ve seen people of all ethnicities and cultures rocking out to a playlist called “Bollywood Beatz” (yes, with a “z”) at a Holi celebration. I’ve watched my classmates in elementary school chow down on food from all over the world during the schoolwide Thanksgiving potluck. And I know a girl who went off to college, immediately joined several cultural clubs and immersed herself in her own culture after years of dipping a tentative toe in.

So yes, maybe in the process of assimilation, you lose a bit of yourself. But at some point, you’ll hunger to find it again. And you will.