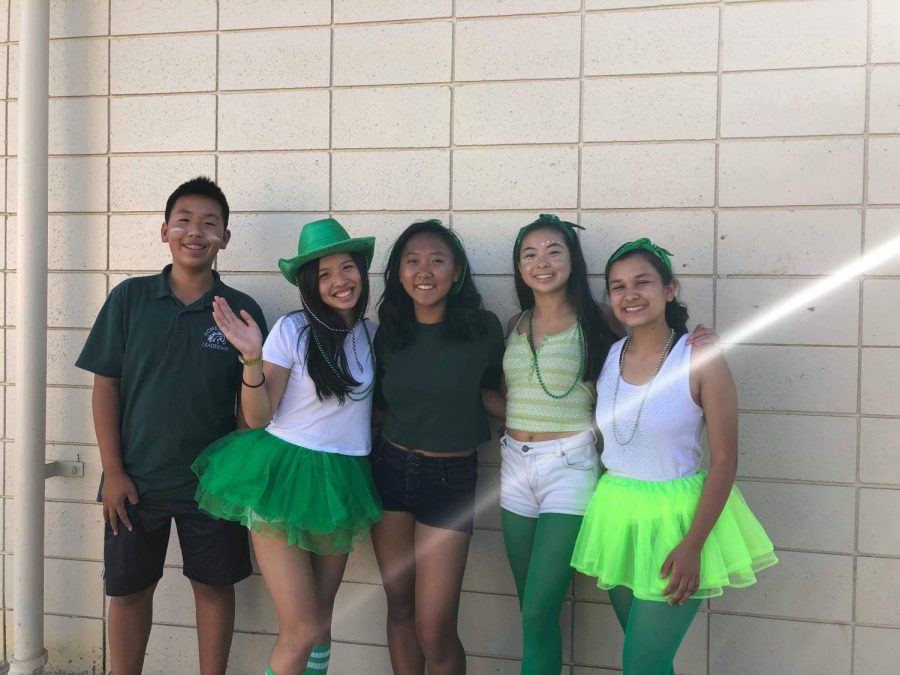 The freshman class officers have just begun their long highschool journey of leadership, which they are enjoying so far. Photo courtesy of Martin Wu

uring the first two months of the school year, freshmen have been introduced to a multitude of events and interests. A past significant event was Homecoming, which gave the freshmen class officers an opportunity to plan and and participate in their first spirit week.

“I thought our participation in homecoming was really great,” freshman class president Martin Wu said. “Especially at the parade, so many people came out, were making noise and invited their family out.”

The class officers have also been attending football games and participating in clubs to fully experience their first year of high school.

“I like the halftime shows and how people come to the games to support the team,” freshman class secretary Megan Ventura said.

Freshman social manager Tingyo Chang said she enjoys how spirited everyone at Homestead is.

Besides being a class officer, Wu, Ventura and Chang said they are also involved in other extracurriculars.

Wu is a part of marching band, FBLA, Key Club and Speech and Debate club.

Chang is also involved in the National Chinese Honors Society because she enjoys being around people who share her culture, she said.

Ventura is looking to tryout for the girls basketball team and is interested in the Animal Welfare Club.

However, they all have a common reason for becoming a class officer, which is to work together to put on events for all freshmen to enjoy, Wu said.

While being a class officer, Ventura said, they have been able to learn how to work with others to meet their goals.

Homestead is new territory for these freshman officers but it has also been a welcoming environment, Chang said.

“I’m looking forward to meeting new groups of people and experiencing everything I can experience before it turns into the real world,” Wu said.