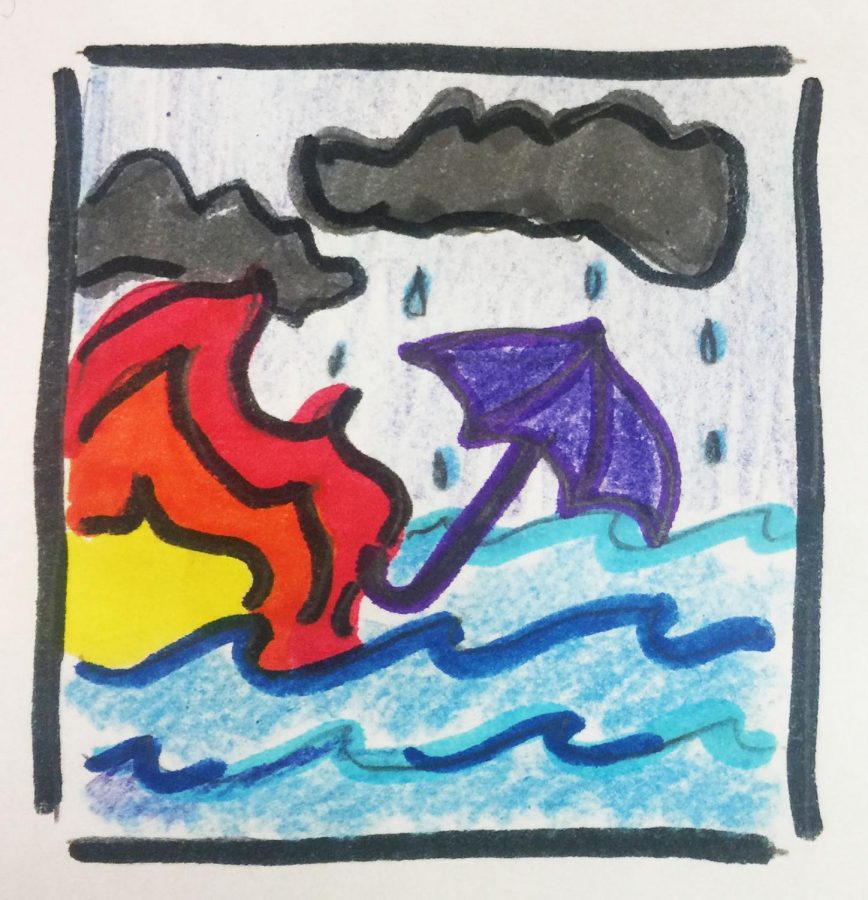 Extreme climate change can be seen in California, with the wildfires and stormy weather patterns. Illustration by Emily Choi

8,500 wildfires burned a total of 1.9 million acres in California last year, and now the state faces stormy weather entering into the new year.

The sudden change in weather after the fire season triggered mudslide warnings to areas that were scorched, according to CNN News.

The forecast of rainfall for this week and the next hides the fact that we are not entirely out of the woods yet.

Of course, the extreme measures to conserve water like letting the grass in the front lawn turn brown are no longer necessary. There is still a need to be mindful of the amount of water used.

Opting to take a shower rather than a bath, or turning off the faucet while one is brushing their teeth are good habits to prevent wastefulness. These small contributions make a difference  when done consistently.

These are just small steps. While it is a good start, radical changes are needed in order to change the rate of climate change. Currently, it will take an estimated cost of $44 trillion dollars to switch to low carbon sources of energy according to a report released by the International Energy Agency.

Time is a key factor. If the push for change is delayed, the cost will only increase. This means we should start now to conserve resources.

California’s recovery of the drought and wildfires should not distract us from the fact that the time we have to diminish the harmful outcomes of climate change is shrinking.