Here and There: Culture Shock 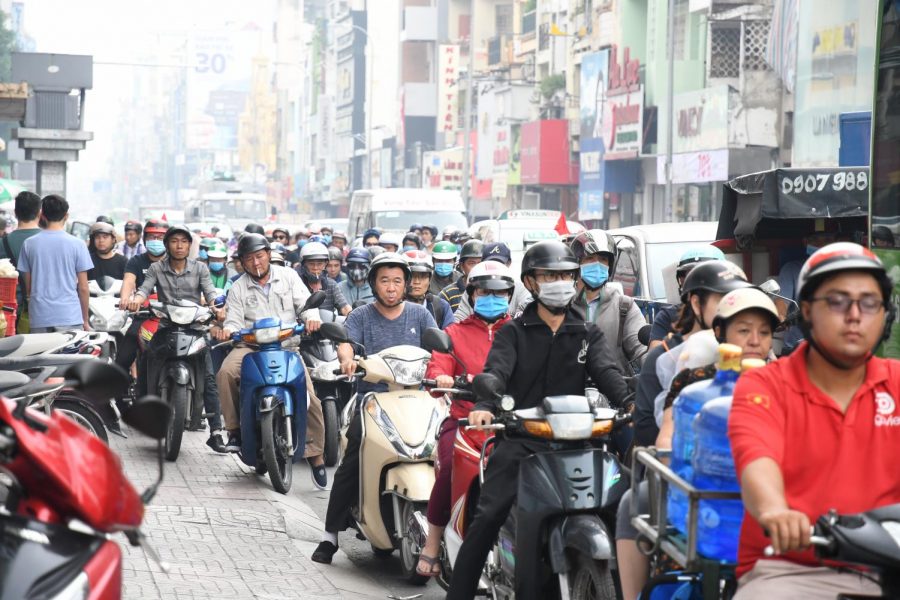 Though Vietnam is reminiscent of Taiwan, an overwhelming amount of scooters fills the streets. Photo by Andrea Sun

Awhile ago, I overheard my parents detailing our move to the Philippines to another family. Curious to see their point of view of our two year detour from life in America, I paid attention to what they were saying and I was surprised by what I heard.

My mom described the shock she experienced the first time she ever went to the Philippines. The streets were full of cars that conveniently ignored traffic laws and cardboard houses lined the side of rivers along the roads. Empty spaces in Manila, the capital, was filled with people, houses and litter.

Over the mid-year break, my family went to Vietnam and Cambodia. While Vietnam reminded me of my home country, Taiwan, I found Cambodia to be significantly different from most other countries I had been to. In some ways, the poverty in Cambodia and Philippines were comparable: people lived in any empty space they could find, there were very few “developed” buildings and children ran around the streets with dirty or stained clothes.

However, countries are not comparable because each country has its own history and culture, setting its accomplishments and problems completely apart from each other. Despite the poverty both being evident, the culture is what set apart the two.

Hence the popular phrase used to describe a feeling of disbelief or unease when entering a foreign place: culture shock.

To some, that may be the same feelings my mother experienced when she first landed in Manila: discomfort, confusion and exasperation.

I cannot blame anyone for feeling this way; culture shock exists because of a difference in environment. These feelings occur because your mind does not know how to handle a new situation that is different than whatever you are used to.

Culture shock does not need to be negative, though. The first time I stepped on the streets of Chicago, the river bank of Venice, the sandy beach of Dubai. A feeling of awe filled me and, though I felt so out of place and foreign, I took a chance on a new scene and culture that was not my own. Typically, I found myself loving it.

And with this last paragraph, I must remind people of the dangers of ignorance. Culture shock exists, yes, and it is natural to feel uncomfortable at times. However, being unwelcome and intolerant of cultures cannot under the clause of “culture shock.” Do not forget that just because you may not like the way people do things, it does not mean that they must change it. Embrace cultures and embrace histories, even if it is difficult. Trust me, it is much easier than being upset all the time.