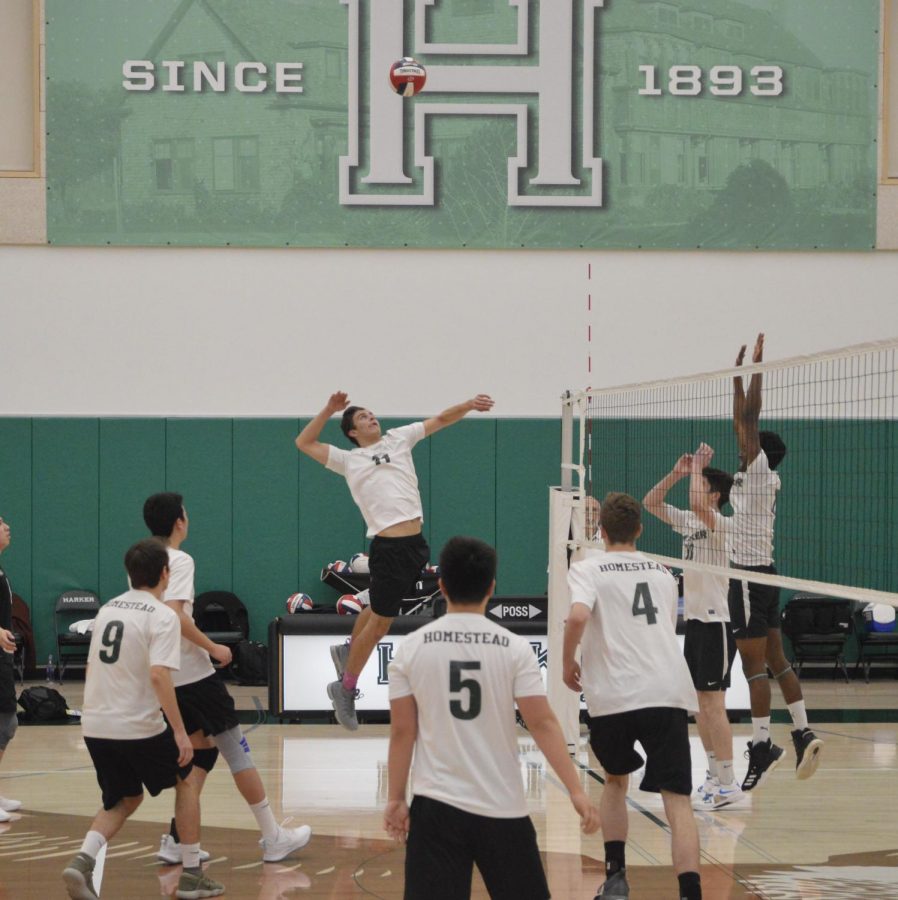 Hitter Seth Markley (12) jumps up for a kill

The boys varsity volleyball team kicked off the spring season with a scrimmage against Saratoga the Friday before winter break.

The team graduated two major players, their first string senior setter Josh Bokholt and senior outside hitter John Weisner. From the sidelines it is clear the team is still getting comfortable playing together on the court.

One of the major things the team needs to work on is always keeping high energy and motivation; “we weren’t really that consistent, but when we were playing well, I thought we played pretty well,” Covington said.

Their unexpected win against Harker last season is proof they have what to takes to be at the top. “we just came prepared, and we were energized, and came ready to play. when we came out with energy, we played really well.” Covington said.

The team aims to make CCS this year, and be in the top 3 of their league. Working on consistency in performance is a hurdle the team will face.

“ I think [consistency] just starts with putting effort in practice every day, because sometimes the effort wasn’t there in practice,” Covington said.

However, the team seems to have set off on the right foot, “our practices so far have been pretty good so i’ll think we’ll do better.” Covington said.