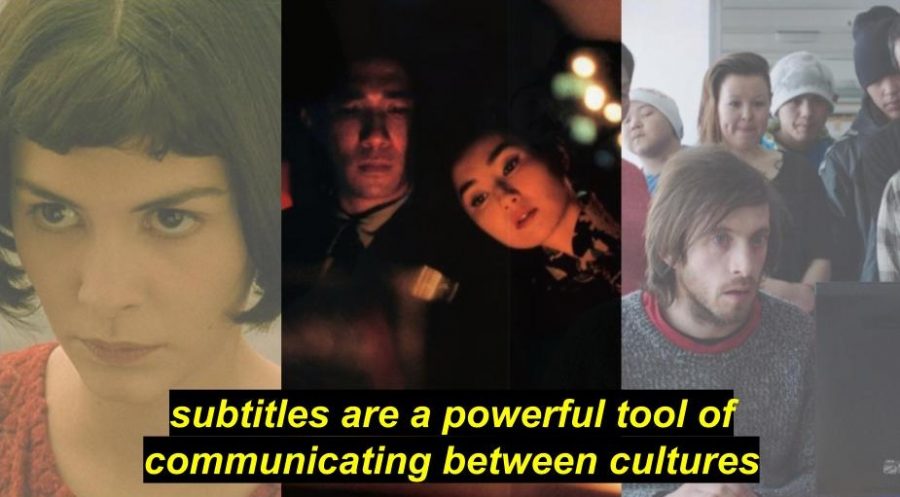 “I’m not really in the mood to read subtitles right now,” is a common phrase whenever I try to convince my friends to watch some of my favorite foreign films. A lot of the time, I want to show them the French and Japanese films that I grew up on and that helped me embrace my mixed-race identity, and informed me about When I’m faced with the blatant dismissal of an entire world of foreign film, I can only wonder if the rest of the non-English speaking world equally complains about reading subtitles.

The American film industry has a history of advancing technologies that promote instant gratification through an abundance of “satisfying” CGI explosions and beautiful celebrities. These technologies have caused a steady decline in well-rounded and impactful films. This is where foreign films come in: oftentimes, alternate perspectives from around the world and smaller-budget films equate to better and more meaningful movies.

Subtitles should be a small price to pay for a piece of a culture that many of us may not be able to experience to the fullest. Foreign movies like “In The Mood For Love” not only introduce us to a complex plot about loyalty and attraction, but shows the atmosphere of Hong Kong through a stunning lense of an unsuspecting apartment building. This is a unique perspective that viewers may not necessarily be exposed to if they had actually visited Hong Kong. This experience makes it worth reading English subtitles for a mere hour and a half.

Having American movies in which a difference in culture is communicated through the actors having an accent when speaking, simply cannot be eloquently done. Having an accent makes the characters of that different culture look inherently less intelligent, and as a result, invalidates the advancements of the culture.

Instead of remaining closeted in the singular and one-dimensional world of American film, fear not to dive into a new perspective, and even language that puts universal morals in different global lights.