Another English teacher and Global Literature teacher, Melissa Morrison teaches at both Homestead and Fremont High School, which she sees as an unusually interesting situation.

Morrison is at Homestead on Mondays, Tuesdays, and Thursdays, and at Fremont on Wednesdays and Fridays. 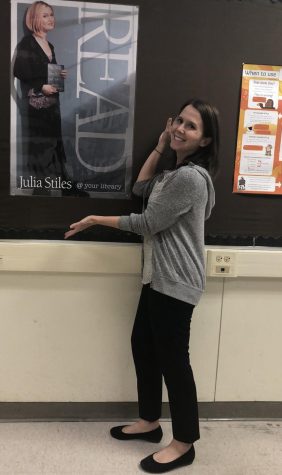 Outside of school, Morrison bakes and takes photos, specifically of food. In fact, she was once published in Edible East Bay, a food magazine in California aimed at foodies, people who like to cook and who routinely go to restaurants.

Something students might not know about Morrison is that she used to do animal rehabilitation in North Carolina, where she said she helped orphaned or injured animals recover from their situations.

“I worked with everything from rabbits to squirrels to birds… I helped raised baby hummingbirds [once]. They were less than a gram and I watched them grow up, which was pretty fascinating,” Morrison said.

Morrison said she highly values reading as a good way to unwind during a busy week, something most students do not realize.

“I’m really passionate about encouraging [students] to find joy in reading on their own, even with a busy schedule. I feel like in high school students are too busy and they kind of forget that reading is supposed to be relaxing and fun,” Morrison said.