Changes made in leadership meant to improve reachability toward student body 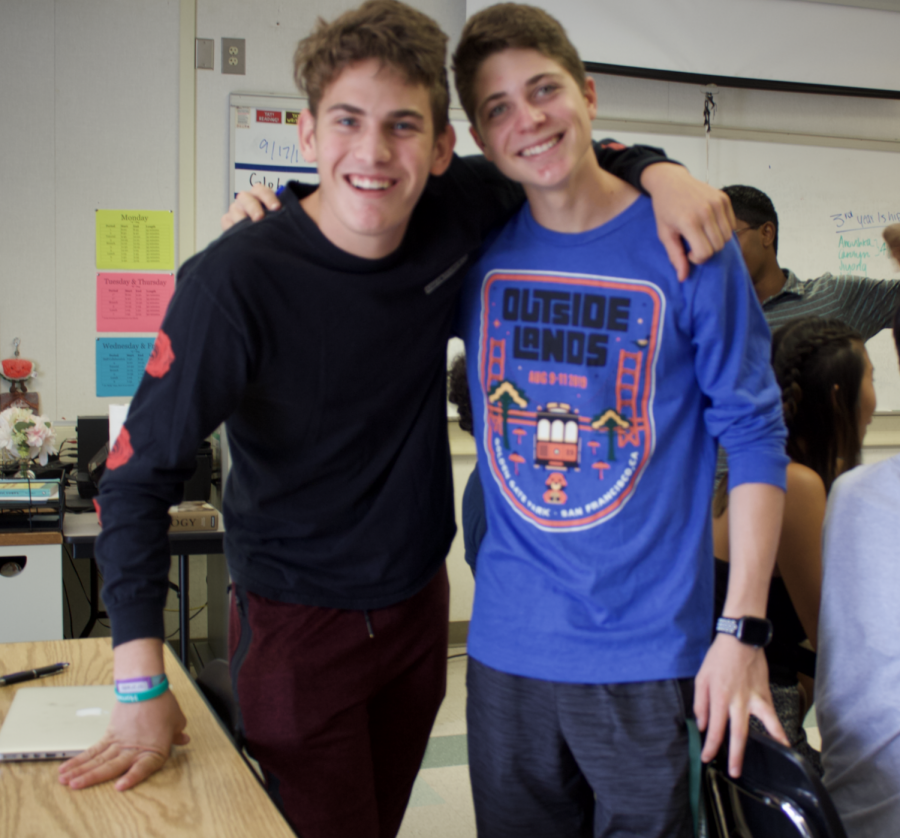 ASB social manager Ori Brutman, along with ASB president Lior Kishinevsky are an essential part of the leadership team.

Leadership has decided to implement new changes this year, to be put into place immediately.

Last year, students in leadership were randomly assigned to committees, in which they were required to create two events a semester. ASB president and senior Lior Kishinevsky said he decided this system needed a redesign.

“I thought it would be much more effective if we split it into different categories, so you could choose something that you’re more passionate about,” Kishinevsky said. “Now, we have seven different committee groups.”

Legislative (ledge) meetings also needed to be changed, Kishinevsky said. The new bell schedule led to a lack of attendance last year, which made it difficult to vote on certain issues, communications commissioner and senior Jiyong Shim said.

“[Last year], the [meetings were] Friday tutorial, and no one was willing to come, so that didn’t really work out,” Shim said.

Shim said leadership plans to change the structure of meetings so those who want to come are able to more easily.

“We’re trying to make legislative meetings open to everybody instead of just fourth period representatives, so that we’re able to get people who actually care about the school to come to these meetings,” Shim said. “From there, we’ll distribute those people to different clas

srooms so they can fulfill the role of legislative counselors.”

In addition to committees and ledge meeting changes, there has also been a change in leadership as a community.

“In the past … there was a lot of miscommunication and a lack of communication between class presidents and their officers who were not in the class,” leadership teacher Jessica Kirby said. “[Now, the class is] more cohesive and there’s more community … [The students] really do want to help the school and [make] it a better place.”