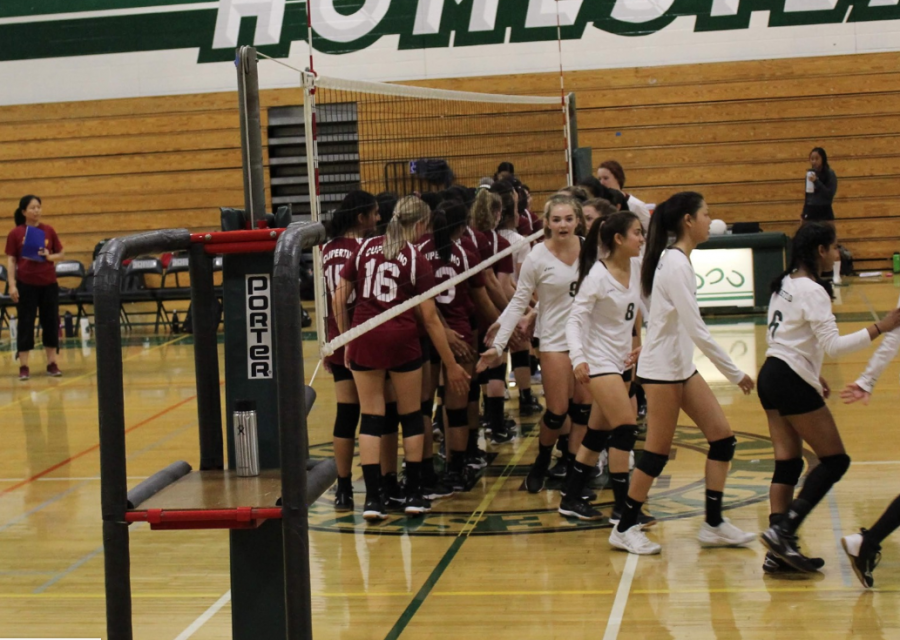 The varsity girls volleyball team did well last year, winning CCS, but while strong-skilled individuals were one component responsible for their success, the interpersonal relationships the team has formed also played a large part in their victory, senior Rachel Payne said.

“We have this family bond,” Payne said. “Once you get on the team, you are already part of it.”

Payne said she has played volleyball at HHS since freshman year, so she has grown with the team and seen the direct effects of this bond.

According to a 2016 study by Alexandra Szarabajko, who received a bachelor degree in science from Eastern Kentucky University, having close relationships with teammates promotes motivation more than any other factors.

The team has realized the importance of building these strong relationships. Their efforts are apparent to even the newest members of the team.

The team tries to build relationships by participating in fun activities, like making game day t-shirts or buddy bags. They also have rituals that boost team spirit, like the Sally Walker, a pregame cheer to pump up the team. Although fun group activities like this are important, the individual players’ personalities are also crucial, Payne said.

“[On this team], show everyone your whole personality because it’s gonna come out anyways,” Payne said. “If you’re super open and friendly, it’ll make the whole team a lot more fun.”

The players’ individual attitudes are so important because they affect the overall team attitude. A negative outlook would bring down the entire team, while a positive one, demonstrated by Maduri, brings success to the team.

“We should just give it our all and not give up,” Maduri said.