Out of the pool

Outside of water polo, players have hobbies like engineering, Boy Scouts 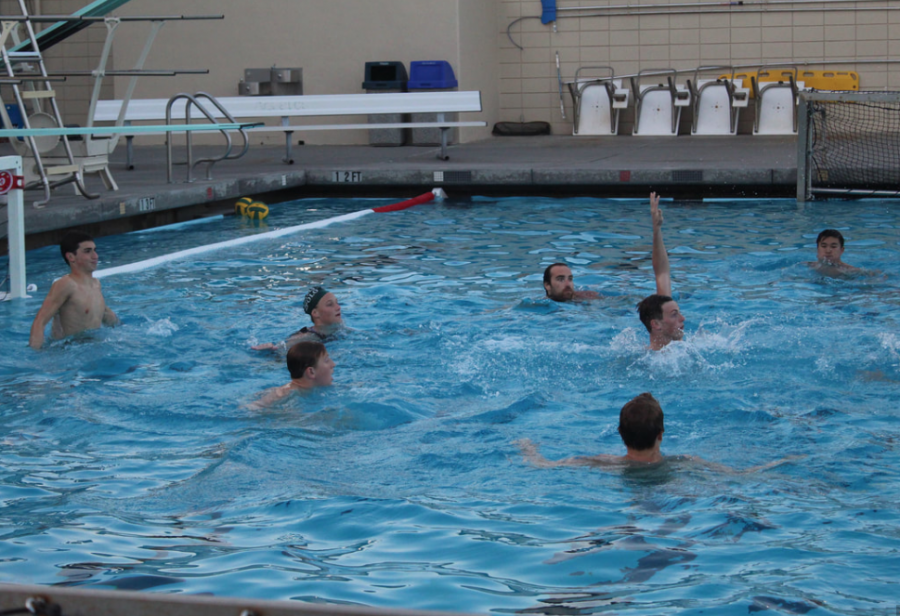 embers of the boys water polo team may find themselves consumed by their busy training schedules during the fall season. The team has practice from 5:45 to 7:00 pm most days, games once or twice a week and often have tournaments on weekends.

Despite the time commitment, players manage to find time to invest in their hobbies. When not participating in water polo, senior Kyle Wynne, co-captain of the varsity team, said he volunteers with his mother. Wynne works with the charity organization Young Men’s Service League, which is a four-year program for high school sons and their mothers to impact their local communities through service, according to their website.

“It’s nice to be able to give back to the community and bond with my mom at the same time,” Wynne said.

Besides spending his time volunteering, Wynne can be found tinkering with almost anything he can get his hands on, like a skateboard, with his father in the garage. One major project that he completed last year is a working e-bike, which was entered into the Bike to the Future competition run by Silicon Valley Clean Energy, in which high schoolers “design and build an electric bike (e-bike) engaging in hands-on engineering, environmental innovation, and teamwork,” according to their website.

“The engineering project was more [about perseverance] because the chain kept falling off the bike for a month,” he said.

To fix the problem, Wynne said he met with his teammates for four hours every weekend, vigorously working to make it function until he finally got it to work, just one day before the competition.

Although his team did not win, Wynne said that building this electric bike has given him valuable experience.

“[I learned to] persevere through challenges that may seem impossible,” he said.

ophomore Alec Song, on the junior varsity team, has been a Boy Scout from the age of eleven. His ultimate goal, he said, is to become an Eagle Scout, which is the highest rank attainable in the Boy Scouts program.

Becoming an Eagle Scout “requires a lot of outside work [besides] going to meetings,” Song said.

Some requirements include organizing and overseeing a beneficial community project to completion, acquiring all the Eagle-required merit badges and earning a lot of service hours, Song said.

One of Song’s most memorable experiences from his Eagle Scout journey was when his troop’s trip was abruptly canceled.

“[My troop was] going to go on a 72-mile hiking trip in New Mexico called Philmont [Scout Ranch],” Song said. “[However, the ranch] burned down the week we were supposed to go, so we didn’t go.”

Although the trip did not go as planned, the troop still managed to go on a 3-day, 20-mile hike at Whitsett Camp in Sequoia National Forest.

Because most Boy Scouts activities  occur on weekends, there are typically no scheduling conflicts with water polo.  However, Song said he still struggles to find time to finish his homework.

Wynne said he echoes this sentiment.

“After water polo practice, it hurts to see [because of the chlorine], so a lot of times [after practice] I’ll just go to sleep and wake up at five or six [am] and do my homework then,” Wynne said. “During the season, it’s mostly homework, water polo, sleep. That’s pretty much it.”