As AirPod dangers surface, better to be safe than sorry 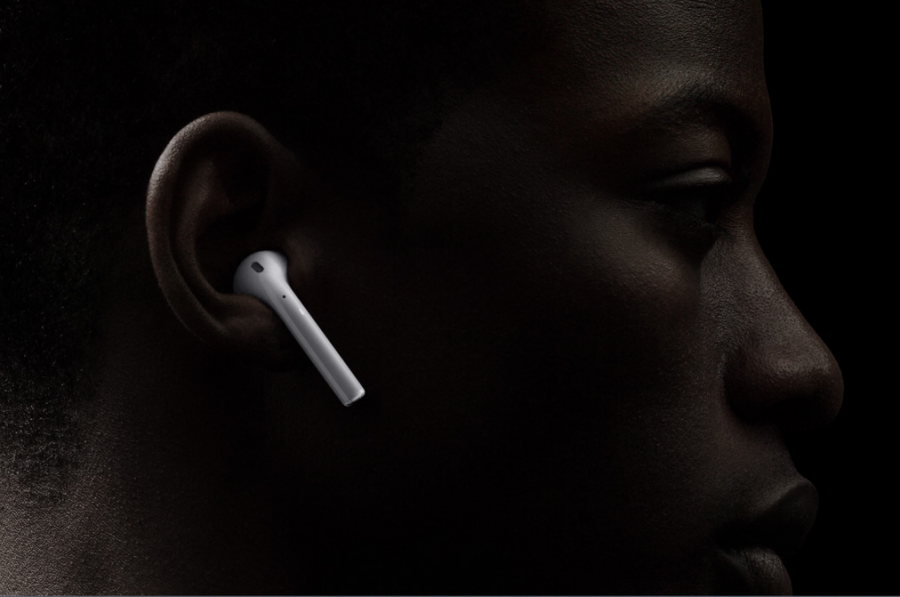 A new study reveals that AirPods may cause neurological damage and potentially lead to cancer with long-term use.

People use AirPods for just about everything: during class, between classes, doing homework, hanging out with friends or even while sleeping.

However, the scientific community has expressed some concerns about the trending device used by thousands of people across the nation. According to a study conducted by University of Colorado biochemistry professor Jerry Phillips, it is possible that airpods cause neurological damage and can lead to potential cancer with long-term use.

The controversy began when an article by health reporter Markham Heid was published on Medium outlining the concerns Phillips has about AirPods.

In the article, Phillips expressed concern about the placement of AirPods in the ears, explaining how its proximity emits relatively high levels of radio-frequency radiation to exposed tissues in the head, depositing energy that scientists still do not know the effects of.

Phillips was one of 250 scientists from roughly 40 different countries that signed and sent a petition to the United Nations and the World Health Health Organization in 2015 expressing deep concern about non-ionizing electromagnetic field, a type of radiation used by AirPods.

According to Joe Moskowtitz, the director of the Center for Family and Community Health at UC Berkeley, some of the health concerns linked with AirPods are neurological in nature. Radiation emitted from the device could cause brain disorders and DNA damage. As such, Moskowitz suggests that AirPods should be used with caution until more research is conducted that proves their safety.

“My understanding is that many people wear these earbuds to listen to music for hours at a time, so their cumulative exposure (to radiation) may exceed what they’re getting from their cell phone,” Moskowitz said. “In the long term, that might be a significant risk factor.”

In addition to the risks associated with radiation, some scientists suggest the device’s danger also stems from how easy it is to use. In particular, AirPods allow users to listen to loud music for long periods of time, which could potentially cause hearing issues.

According to the Centers for Disease Control and Prevention, listening to loud music for an extensive period of time could cause hearing damage over time or in the near future.

Furthermore, a 2011 study published in the Journal of the American Medical Association found that using headphones and earbuds has caused significant hearing loss in adolescents and young adults.

However, Apple responded to claims that AirPods are detrimental to health and hearing in 2016 when AirPods debuted, stating that, “Apple products are always designed and tested to meet or exceed all safety requirements.”

The lack of information and research supporting the safety of AirPods is unsettling and should be concerning to people who use them consistently. Even though there is not much data supporting the claim that AirPods are “dangerous,” it is better to be safe than sorry.

For the time being, users should limit use of AirPods and keep in mind the volume at which they listen to music. The safest thing to do is stop using AirPods entirely until more research is conducted that debunks the current claims.