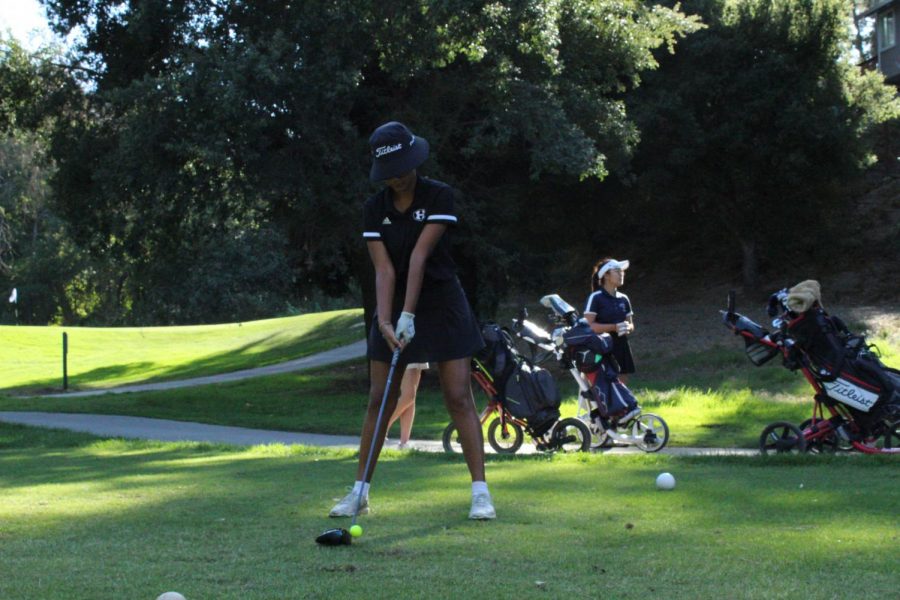 13 years of experience has paid off for Naomi Danner, this year’s girls golf captain

aomi Danner has had a golf club in her hand since she was three years old, but she only started playing competitively when she was 13. Now she is considered the best player on the HHS golf team and, as a junior, was chosen to be captain. Danner competed in CCS last year and in her best 18-hole game, scored a 70.

Contrary to common belief, golf is a physically demanding sport, with players spending five hours on an 18-hole game, and walking five miles up and downhill carrying a 15-pound golf bag. Players need a strong core, glutes and thighs. It also requires mental strength, as waiting time is excruciating.

Danner said she believes positivity is also crucial to the game, and she can always be seen encouraging her teammates. She shows sportsmanship to those on the rival team as well as her own team.

The entire team agrees, with many claiming Danner gives them tips on how to play better and is constantly encouraging them.

Danner’s view on leadership is different than others. This is shown through her support and encouragement.

Her positive influence spreads outside of the school team, as well. In a game against Monta Vista High School, the mother of a Monta Vista player, Andrea Garish, who has known Danner since she was a child, agreed with Danner’s teammates.