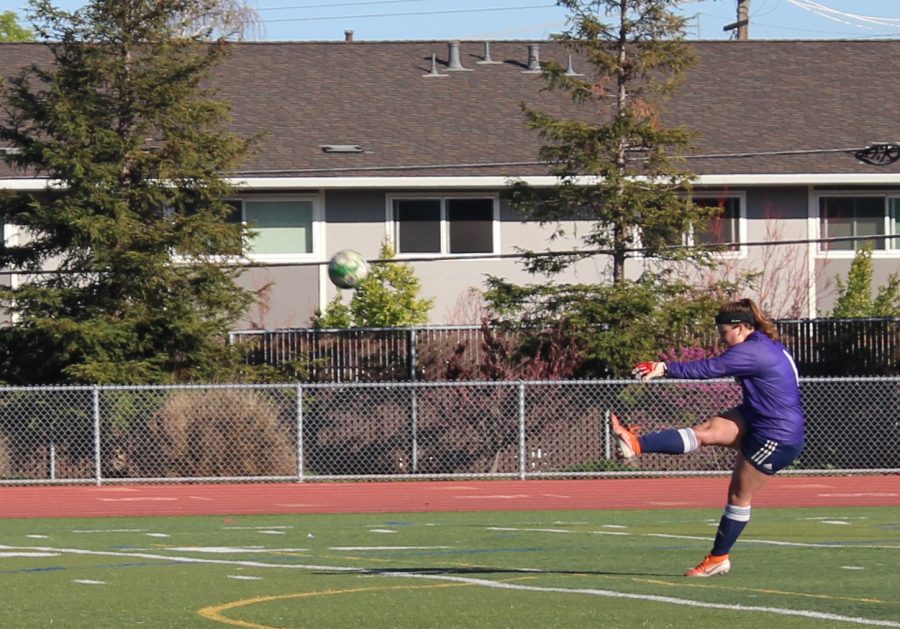 By Anika Karody and Nitya Kashyap

Nearly every successful person has someone they look up to: a muse, role model, mentor or someone they admire and aspire to be. For some it can be an icon in their field, and for others, their loved ones.

Though junior Hannah McGoran, who played on the varsity team for her third year, cited “the classics” along with other renowned players such as Alex Morgan as her role models, her biggest inspiration to play soccer is her father, she said.

“He just wanted to introduce it to me because he played [soccer] when he was a kid,” McGoran said. “He coached us in rec[reation]. That’s how I started and I’ve just been doing it ever since.”

Junior Shreya Ganti said she also joined soccer at a young age due to her father’s passion for sports. His support kept her playing.

“He was the one who came to all my games, to cheer me on,” Ganti said. “I think that kind of support really kept me playing and encouraged me to keep pursuing what I love.”

She is also motivated by her team members, she said, whom she spends lengthy amounts of time with them on the field.

“We’re spending at least 10 hours a week with these girls,” Ganti said. “The things you learn about them, the fact that you go through thick and thin with them, that’s a lot of how we bond together … that’s something you can’t find somewhere else.”

For senior Taylor Oritz, a family member was her source of inspiration, as well. Ortiz has been a goalkeeper for the varsity team all four years, and is set to continue playing in college for Holy Names University, she said.

“My older sister played soccer and she was really good,” Ortiz said. “She went on to play for the college she attended, and that was something I really wanted to do.”

In addition to her father, McGoran said she looks up to several players on the team, such as senior Alexa Maletis, whom she has played with since middle school, and senior Elizabeth Hwang, whom she has known for a long time.

McGoran said she hopes to inspire the younger players on her team, as did the seniors before her.

“I try to be a role model to my younger siblings and the underclassmen,” McGoran said. “I try to act in a way that would be worthy of others. I think the seniors did a great job teaching us to be leaders.”

Ganti said she agrees, stating that the guidance she received from the seniors is priceless.

“The seniors let us have hands-on experience and let us take the new leadership roles on the team,” Ganti said. “In general, younger siblings are great [people] to be role models for.”