Why we must practice social distancing: stay home and save lives 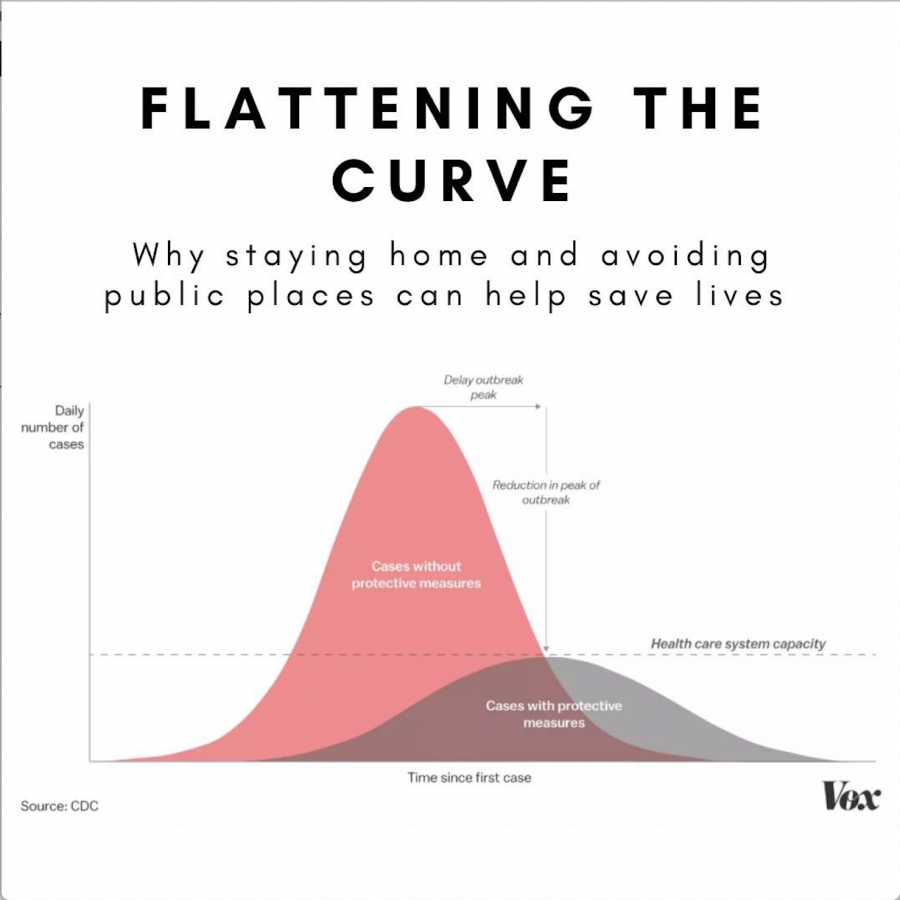 School has been canceled. It seems like it’s the perfect time to meet up with your friends at Philz. Except, it isn’t. With 490 confirmed cases in California, according to the San Francisco Chronicle, and 251 cases reported in The Bay Area alone, Santa Clara County remains one of three hotspots for the coronavirus, nationwide.

With Monday already being a scheduled “teacher work day,” the mandatory shut down in the FUHSD begins today, Tuesday, March 17. It is imperative that students and staff follow the directives of the California government and stay home.

Social distancing is one of the only ways to stop the spread of the virus and should not be taken lightly, especially in the Bay Area where one of the first cases of community transmission of the virus occurred.

Shutting down schools and offices, canceling large gatherings and staying home are meant to reduce as much in person contact as possible. This means, no, you can’t go to your friend’s house to do your homework, and no, you should not be visiting restaurants and coffee shops. No small get-togethers. No sleepovers. No social interactions — period.

At this point in time, the U.S. is past containment, according to USA Today. Health officials are now urging pandemic mitigation through widespread social distancing, according to NPR.

On Monday, Six Bay Area counties, including Santa Clara County, announced “shelter in place” orders for all residents, beginning at 12:01 a.m. this morning and extending through Tuesday, April 7. With the strictest order in the nation, it is crucial that everyone take the directive seriously and stay home. The lives of our at-risk community members are at stake.

The three-week closure of school was implemented after an increase from 66 to 79 confirmed cases of COVID-19, as of Thursday, which is almost twice as much as the number of cases a week ago, Cody said. There are now 114 cases and three deaths in the county, according to NBC Bay Area.

On Sunday, California Gov. Gavin Newsom called for residents 65 years and older to stay home. Newsom further ordered all bars and wineries to close in California along with Ohio and Illinois, hours after the Centers for Disease Control and Prevention (CDC) advised against gatherings of more than 50 or more people for the next eight weeks.

Not only do adults and older people need to isolate themselves from large groups of people, children and high school students must avoid public areas and stop visiting their grandparents, as well. This is not the time to hang out at the beach or host a house party. Students should follow the orders of the government and stay in their homes as much as possible to avoid putting others at risk.

When you hang out with your friends at public places, even if just at the park or walking down the street, you risk unknowingly catching the virus and inadvertently spreading it to the people around you. By saying no to a friend’s invitation to hang out, you not only take responsibility for your own health, but for the health of those around you.

Students should prioritize the safety of the community above their desires to alleviate boredom or “have fun” during this time off.

If we can avoid a sudden spike in cases, the virus will likely not overwhelm the U.S. health care system. We can also prevent the virus from spreading rapidly, as it did in countries like Italy or France, where people made the mistake of going to public gatherings even after schools and offices shut down, according to The Guardian.

Not taking the virus or the directives from the government seriously is the biggest mistake students and staff can make. The coronavirus overwhelmed Italy’s healthcare system and caused the Italian economy to plummet, according to Vox. Now, the coronavirus has shut down both France and Italy. If we don’t practice social distancing now, the U.S. will be next — our country is already next in line.

According to the New York Times, the coronavirus overburdened hospitals in northern Italy in less than three weeks. Schools, stores, restaurants and bars — teeming with people just a few weeks ago — are now desolate as the country attempts to correct itself. Italy’s situation shows just how important the need to act quickly and early is, even before case numbers begin to reach crisis levels.

The situation in Italy  is similar to California and Santa Clara County.

“We in the U.S. are currently where Italy was a week ago. We see nothing to say we will be substantially different,” doctors and health officials said in a panel held at the University of California, San Francisco last week.

It’s all part of an effort to “flatten the curve,” a term coined by epidemiologists to urge people to stay put at home in order to soften sudden case spikes. The goal is that social distancing will avert shortages of medical beds, supplies and staff.

Right now, we have the means to prevent the coronavirus from ravaging our healthcare system: social distancing.  However, many students worry that social distancing will impact them negatively as they will be away from other people for an extended period of time.

Yet, social distancing doesn’t have to lower your mood. This is the perfect time to catch up on a book, stream movies and TV shows and video chat with your friends via FaceTime, Messenger or Google Hangouts. According to John Hopkins Medicine, U.S. health authorities are advising people to stay at least six feet away from each other — so, go on a secluded run or hike.

School was not shut down for three weeks just to have students infect other community members because they did not take responsibility for a problem that they can help solve. Take responsibility and fight against the coronavirus by staying home to protect your family, friends and neighbors; we have the power to limit the spread of the coronavirus, so let’s use it.