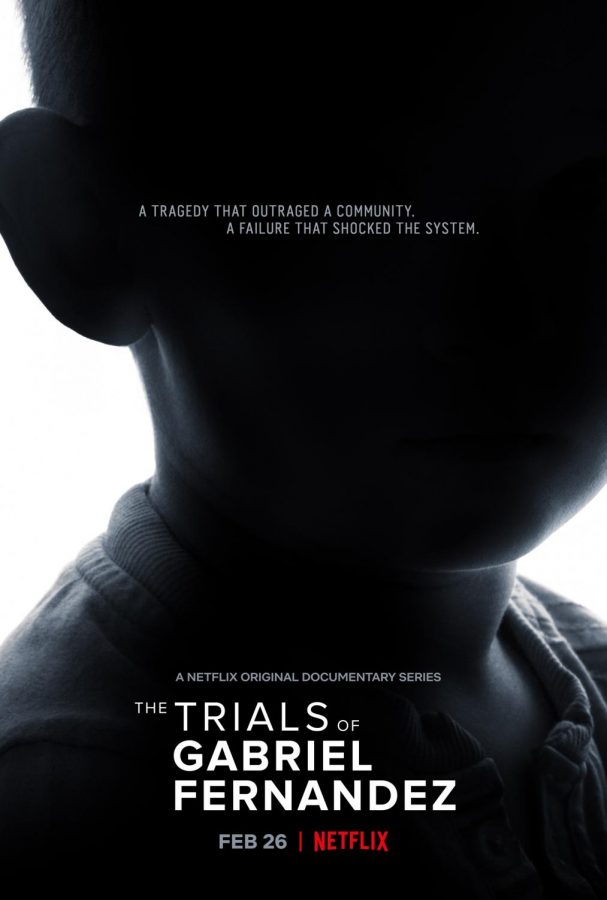 “The Trials of Gabriel Fernandez,” a true crime documentary series released as a six-part miniseries on Netflix on Feb. 26, explores the horrific events of Gabriel’s murder and abuse and puts to question the numerous systems that allowed Gabriel to slip through its fingers to his death.

By Karen Li and Saanvi Thakur

“I remember that his throat looked like somebody burned him … bruising and cuts all over his face … black eyes and a bullet in his lung,”  the ambulance bay nurse who treated Gabriel Fernandez said.

On May 22, 2013, Pearl Fernandez called 911 to report that her son, Gabriel Fernandez, was not breathing. Paramedics arrived at their apartment to take Gabriel to the hospital, where he died on May 24, 2013, at eight-years-old.

“The Trials of Gabriel Fernandez,” a true crime documentary series released as a six-part miniseries on Netflix on Feb. 26, explores the horrific events of Gabriel’s murder and abuse and puts to question the numerous systems that allowed Gabriel to slip through its fingers to his death.

This series includes interviews from various perspectives of the many different people involved in this case, including the prosecutors of the case, Los Angeles County District Attorney Jackie Lacey, Gabriel’s relatives and teacher, experts and jury members. The pictures, news reports, actual trial footage and grand jury testimony that were woven in created a thorough, informative investigation of Gabriel’s case.

These extra pieces added to the docu-series added to the dramatic effect of the tragic series and really allowed for Gabriel’s story to be told in a truthful and beautiful way.  Many of the interviews were filled with emotion, which emphasized the pain caused by Gabriel’s death and the careless actions of the Department of Family and Children’s Services [DCFS].

Watching this docu-series, the gruesome photos of Gabriel’s injuries were too painful to see. It’s horrifying to have to see these severe injuries on an eight year old boy who should have not had to endure this abuse.

It’s even more devastating to think that while his siblings were out playing, Gabriel was forced to endure horrible, scaring things including locking him up in a cabinet in their room, force-feeding him cat litter, regularly beating him all over his face and body, throwing him against the wall, shooting him in the face with a BB gun and pepper spraying him.

Gabriel’s death was no accident, but rather an egregious case of child abuse, with Gabriel suffering torture and abuse at the hands of Pearl and her boyfriend, Isauro Aguirre, during the eight months he lived with them until his death. Gabriel’s painful death put an end to an even more traumatic and torturous life. When I watched this docu-series for the first time, I could not comprehend how a government system was not able to identify this severe case of child abuse. If any outsider were to look at Gabriel during the last months of his life, it would take seconds to recognize the abusive situation he was in.

As a result of the insensitive actions of the social workers, in an unprecedented move, the four social workers involved with Gabriel’s family during those eight months were also tried, but their case was eventually dropped.

It was important that the trials of the social workers were included in this docu-series because the existence of a trial was very important and made a big statement about the failures of DCSF] in preventing Gabriel’s murder at any point in the process.

In the U.S. approximately five kids die from child abuse and neglect on a daily basis. Yearly, 2.9 million child abuse cases are reported and this number isn’t decreasing,  according to DoSomething. This docu-series brings light to one of these child abuse cases, showing how Child Protective Services and the local police department failed another victim of abuse, yet again.

Many of the social workers’ defense was their job is to keep families together, not tear them apart. While many supported this statement, the overall job of DCFS is to maintain the wellbeing of the child, which did not happen in this case. Gabriel’s life to these social workers was just a stack of files and paperwork, but to know that documents were falsified for the convenience of the social workers is an unacceptable reality.

As a docu-series, “The Trials of Gabriel Fernandez” did a good job of organizing different elements to portray Gabriel’s tragic story. It was well-filmed and presented information in a compelling manner. It was jarring, emotional and difficult to watch at times, but at the same time, the horrific nature of it all makes it impossible to look away. The docu-series brings a sense of peace to Gabriel’s case and death.

Even though Gabriel’s chance to live his life was stolen, it feels as if justice has finally been served for this innocent little boy who always had hope.