Frequently seen on the football field assisting the football team, princess Julia Verbrugge was surprised and honored to be part of the homecoming court.

If Verbrugge is not working as a gymnastics coach after school, she is most likely to be found in athletic trainer Dan Yusim’s office, helping athletes from different sports teams.

“I help all the Homestead athletes, but specifically the football team, they have become my second family,” Verbrugge said. “I tape injury, help with exercises, do treatment, whatever the athletic trainer does, I do. On the field, I’m there for Coach Milo’s needs. I do almost everything on the field except play.”

Throughout high school, Verbrugge has been a HOP Leader, participates in Challenge Day every year, and is also an AVID tutor. Her experience assisting Yusim is one of the reasons Verbrugge wants to minor in kinesiology.

“I definitely was not expecting to be on [Homecoming court], but I was honored to be on it,” Verbrugge said. “I work hard in school, a lot harder than what people actually think I do. I have a 3.9 GPA, a lot of people don’t know that. It’s definitely an honor to know that teachers realize it. It’s rewarding that my work is paying off and getting recognized.”

Verbrugge would like to thank her brother and her father. Verbrugge said her brother, Adam Verbrugge (‘14), gave the Verbrugge name a meaning at HHS and she believes she needs to live up to the image and expectation. Her father, former police chief of Sunnyvale, inspired Verbrugge to major in criminal justice when she goes to college.

Verbrugge said her favorite part of the day was the parade. She loved the way children genuinely thought that she was a real princess and enjoyed waving back at them, making them feel special.

“The handshake during the rally was on-point,” Verbrugge said. “I wasn’t taking anything too seriously, I was just enjoying the day.” 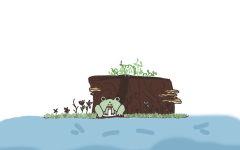 Using art as a form of self-expression

A day in the life of principal Giglio

The Epitaph sat down with principal Giglio to learn about his daily responsibilities and his typical schedule. Before school starts “It depend... 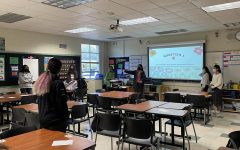 Spreading the word about Hinduism 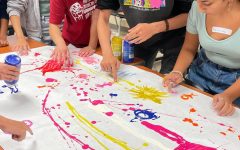 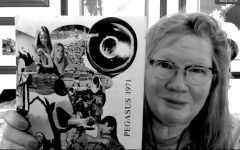 A flash from the past